Half #2 and a Serious Talk about Dehydration

After completing my first half marathon two weeks ago, I knew I wanted to race again while I was trained up. I signed up for the Hands on House half marathon in Lancaster, PA since it was a good cause, a well established race, and took runners through the beautiful Amish country side. What could go wrong? 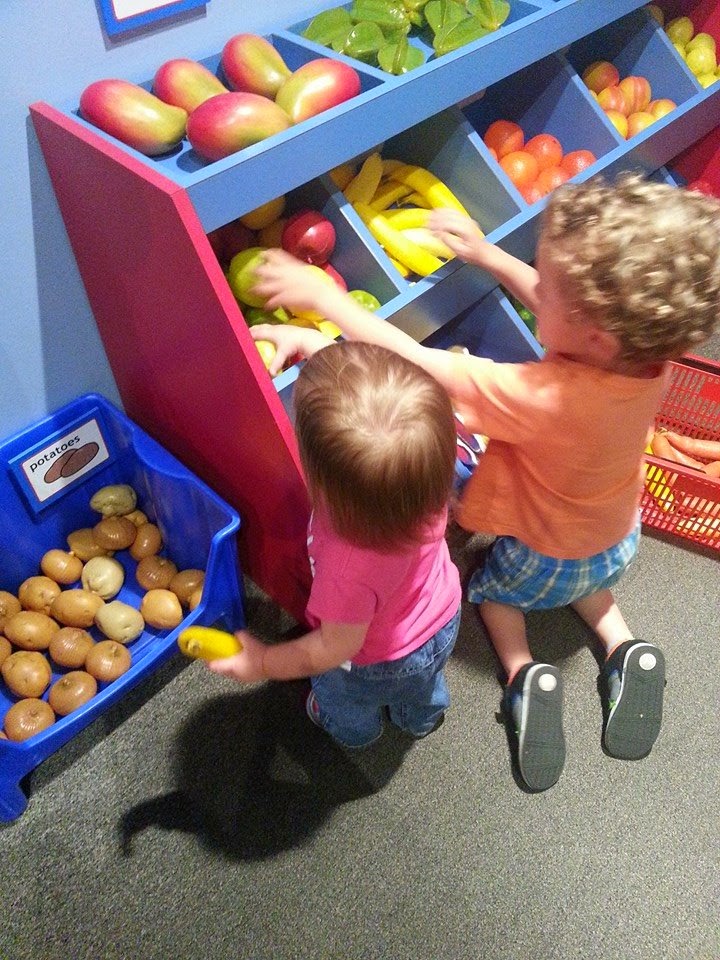 Since we have family in the Lancaster area anyway, we drove out the night before and took the kids to the Hands on House children's museum after I picked up my bib. They loved it! It was a little small, but for the price, I was happy with it. There were several rooms of activities where the kids could pretend to do different things (be a farmer, shop at a grocery store, deliver mail, play dress up, etc.). I thought the kids would be zonked out after playing for over an hour, but when we got to Grandma's they were wound up as anything. Just another example of how kids are completely unpredictable.

The next morning, we left around 7:30AM to get to the race and get set up. For such a rural area, I was expecting it to be a mad house, but the parking and shuttles were very organized. Jeff dropped me off and I hung out around and stretched while he parked. There were three races going on that day; a 5K, a 10K, and a half. Looking around, you could pick out the half runners all decked out with their Camelbaks and belts full of gels and bars. It was looking like it was going to be a hot day and with the race not starting until 9AM, I was worried about the sun and heat.

The race started and the half marathon runners took off first, followed by the other races. The half and 10K overlapped for the first 3-ish miles, at which point the 10K'ers turned around and the rest of us kept going -- out into the corn field wilderness.

From the very beginning, I knew the temp was going to make this race miserable. It was significantly hotter than the temps I had been training in and there was not a single cloud in the sky. Blazing sun for the next 13 miles. There were a ton of water stops, one at almost every mile, and I drank at each one, grabbing at least one cup of water and one cup of Gatorade (second race in a row it was lemon-lime. Ewww).

When Sarah and I ran Diva's, we payed close attention to our mile times; intentionally keeping it slow in order to pace ourselves out properly (and safely). I tried so hard to do it again for this race, but once I looked down and realized I had PR'ed my 5K time by a few minutes, I knew I was in trouble. I had looked at the elevation map for the course before hand, but only payed attention to the hills. I neglected to take into account the steady down hill trend over the first several miles. Who starts a race on a down hill?!

Though my split time was good, around mile 7, the hills started. Two thigh burning hills spiked up and then back down again over the course of about 3 miles. The down hills were so steep, we were tip toeing down with tiny baby steps so we wouldn't fall. It was pretty insane. After the hills, miles 10-13 greeted us with a steady incline to the finish line. Start with a decline and end with an incline? My pacing plan had no chance.
Mile 10 brought on another fun obstacle. Chills. Chills? It was 85* outside and blazing sun - why was I getting goosebumps? The breeze was far too light to chill my sweat. At mile 11 I realized that I wasn't sweating. I didn't know what was wrong, but I knew something wasn't right. I crossed the finish line a little over 2:50, but in reality, I'm just glad I crossed it at all. 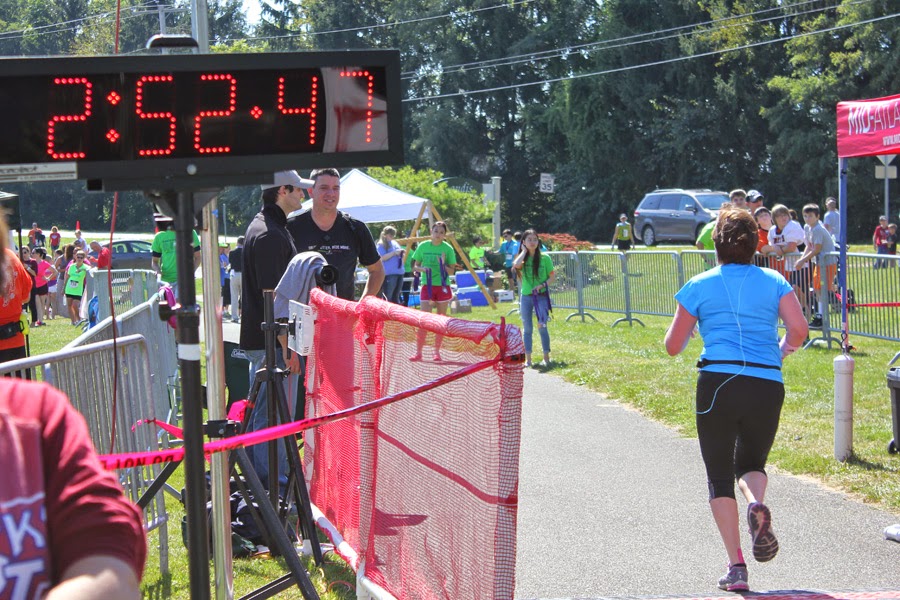 This is where I hope to spread a little education about dehydration and heat exhaustion. I had been drinking SO much that it didn't even cross my mind how severely dehydrated I was regardless. I must have drank over 60 ounces of fluid during the race, but it wasn't nearly enough. Had I been more aware of the signs and symptoms, I would have walked sooner or drank significantly more.


It's easy to see why dehydration symptoms can go unnoticed while you're running. Not responding with more fluid intake, however, can lead to serious, dangerous health issues. If it is hot outside in addition to being dehydrated, heat exhaustion and stroke are a real danger.


Signs of Heat Exhaustion:
Signs of Heat Stroke:
While I felt alright after chugging a few bottles of water at the finish line, when I got home from the race, I laid on the couch nauseous, weak, and shivering. It was an awful feeling. I'm so glad I didn't fixate on my goal and took it easy those last two miles. No race is worth getting hurt. 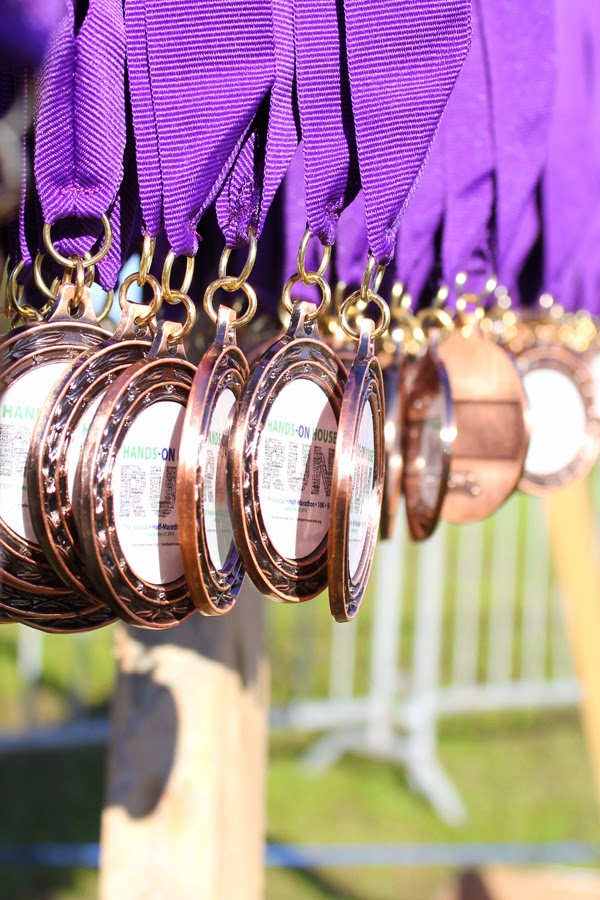 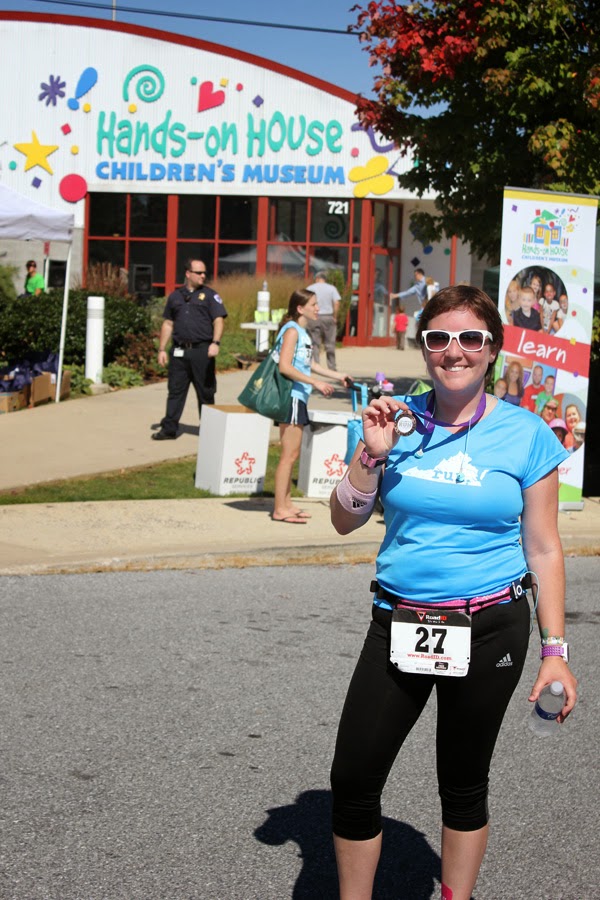 All that being said, this was a well organized race for a good cause.....but I have no plans of running it again. The weather was a fluke, but the hills were a killer. I did get a post race gourmet grilled cheese though, that was definitely a bonus. 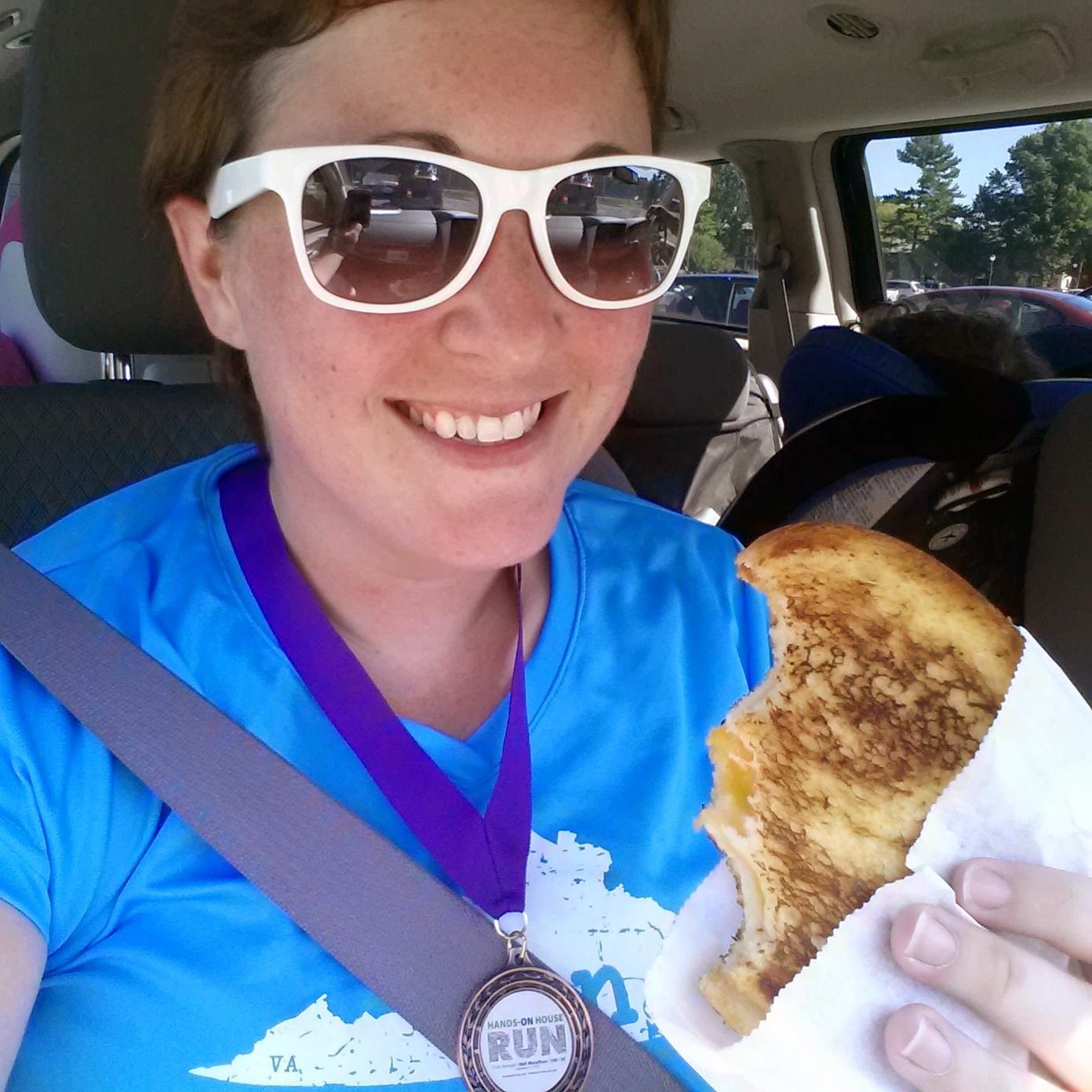