No, this isn't a mental health joke. My cat literally needs Prozac. Didn't realize that they made cat Prozac? Neither did I.

This is Jodie. I got Jodie when I was in graduate school and lived alone. She was a 3 month old farm cat that my brother's friend was finding a home for. She was this sweet tiny little thing, no more than 2 1/2 lbs, that would sleep on the corner of my pillow and sleep on my desk while I did homework. Such a good little friend. 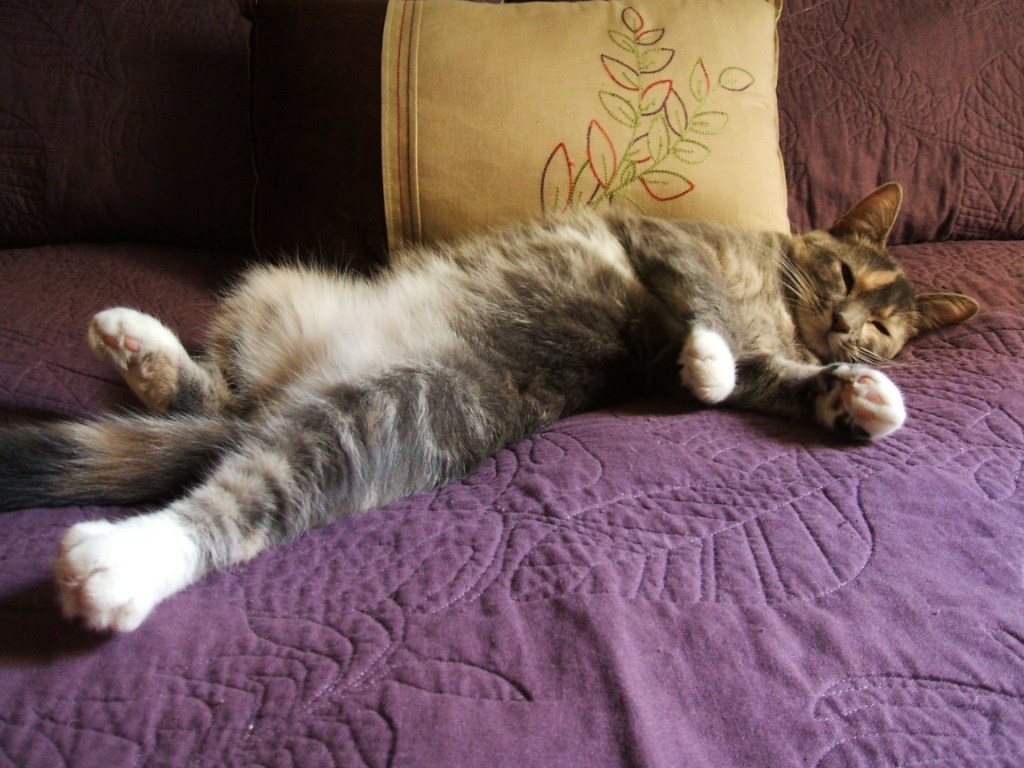 Several years later, however, she's an annoying mess that purposely pees on shit that is important to us. It's like she KNOWS. The kids' Mickey Mouse couch, the bathmat in front of the toilet - right where your feet would go, my favorite work bag, Jeff's hoodie...heck, she even peed on Ginny once when she was a tiny baby. I can't make this stuff up. We thought she was lonely, so we gave her attention...doesn't help. We changed her food, gave her more privacy, payed extra attention to her littler box, got new toys....nothing helped.

Finally, we found her old vet records and brought her to the vet for a visit. Yeah, yeah, we hadn't really brought her to the vet since we moved here, but there was no real reason to - she's an inside cat. Jeff brought her in this morning and the vet thinks she's stressed and this is how she's acting out. I've had friends suggest that before, but we thought we could make an effort to control her environment as a fix. Apparently not. 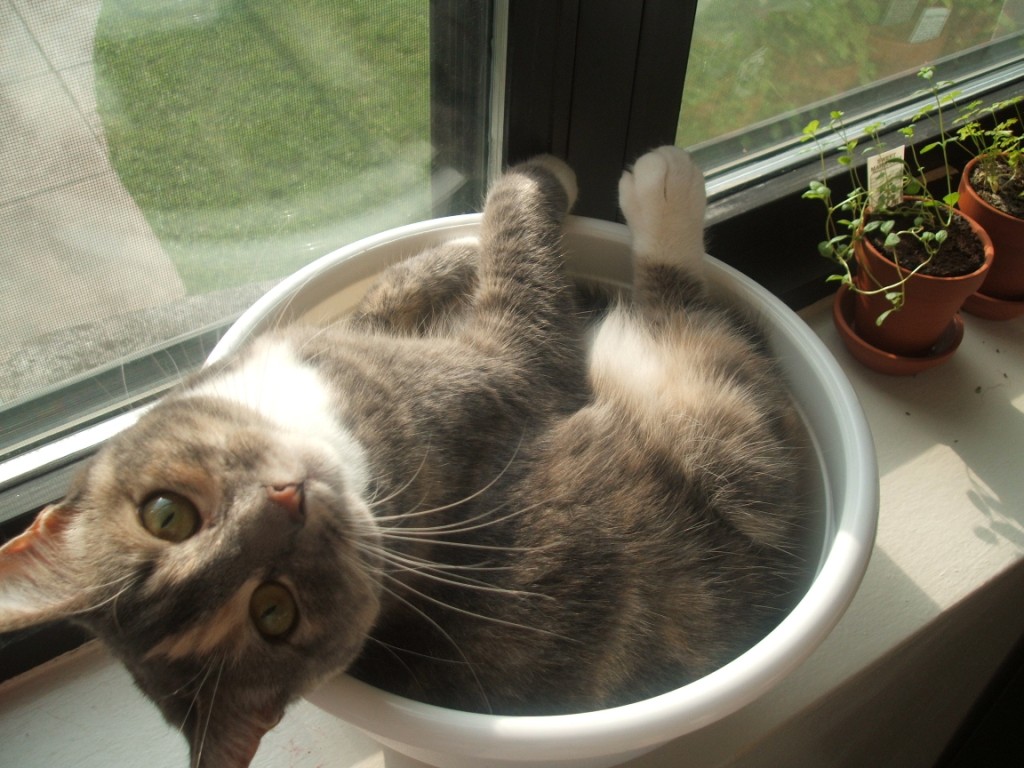 After a husband, four apartment moves, two kids, and a dog, my little cat roomie basically hates life and lets us know this on the reg. Don't get me wrong, I can see how all that is stressful; Lord knows it stresses me out. The options are rehoming or medication and, on a logistics front, I'm aware enough to know that a 7 year old cat with an anxiety problem isn't exactly in high demand for adoption and she doesn't deserve to sit in a cage or be euthanized. Medication it is.

I have no idea how much this is going to cost us, but apparently chicken flavored Prozac will be mailed to the house for Miss Jodie's anxiety. It sounds so absurd to me, but if this works, I don't even care. The positive of all of this is that at least she doesn't mark up furniture or carpeting - just laundry baskets of clothes, book bags, blankets, etc. On a recommendation from a friend, we picked up Anti Icky Poo

- an enzyme based spray cleaner that removes the strong animal smells from surfaces. So far it works really well, but hopefully we won't need to use it for very long. 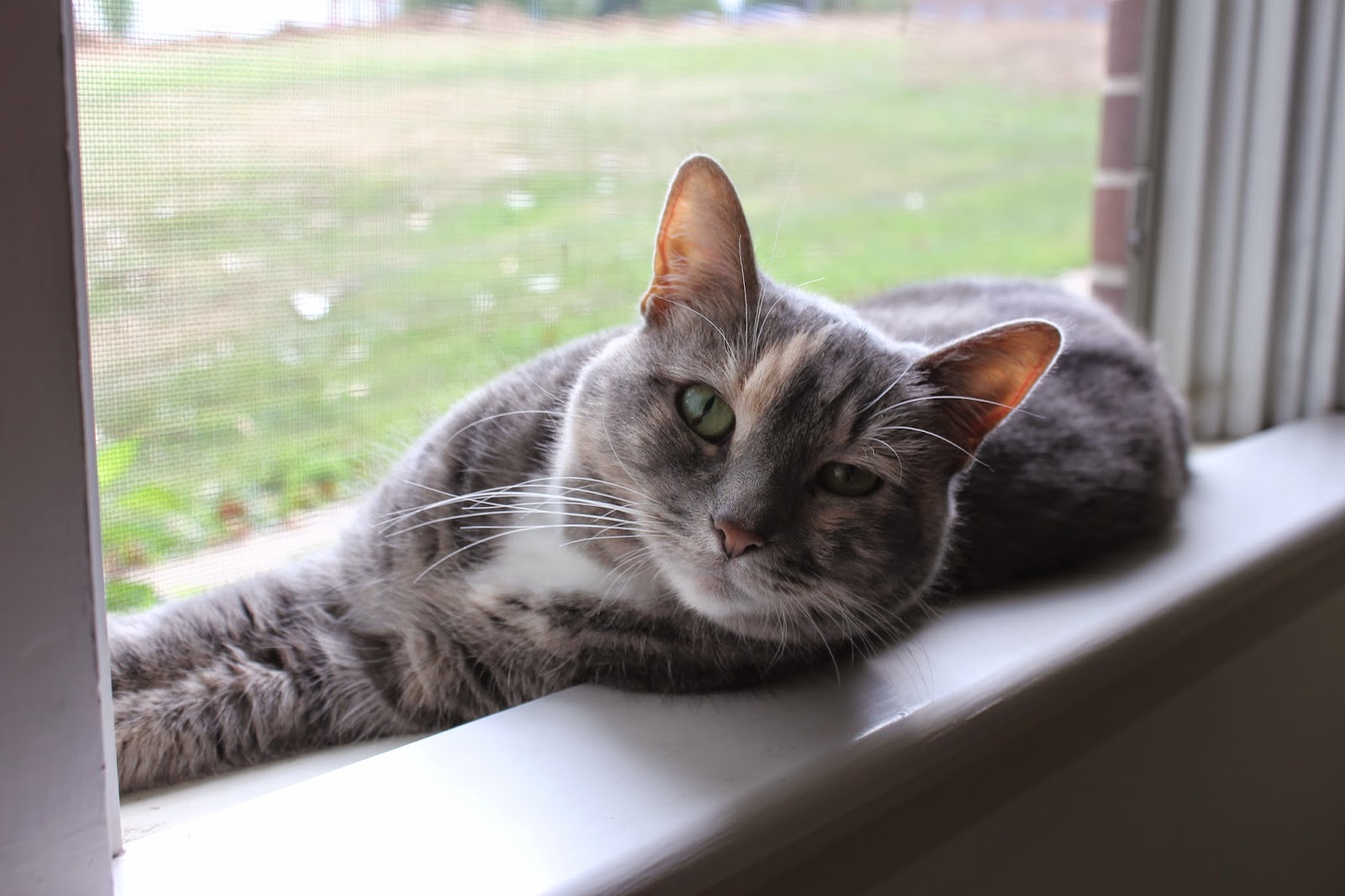