**This post is sponsored by Wubble Bubble Ball. We were provided a Wubble to kick, punch, pull, squish, and squash, free of charge. All opinions are my own and I don't review products I wouldn't use myself!**

On the list of "where was this when I was a kid" is the Wubble Bubble Ball. I'm sure you've seen this thing on TV and wondered the same thing we did - can it actually get beat up like that and not pop? Charlie and Ginny put it to the test! 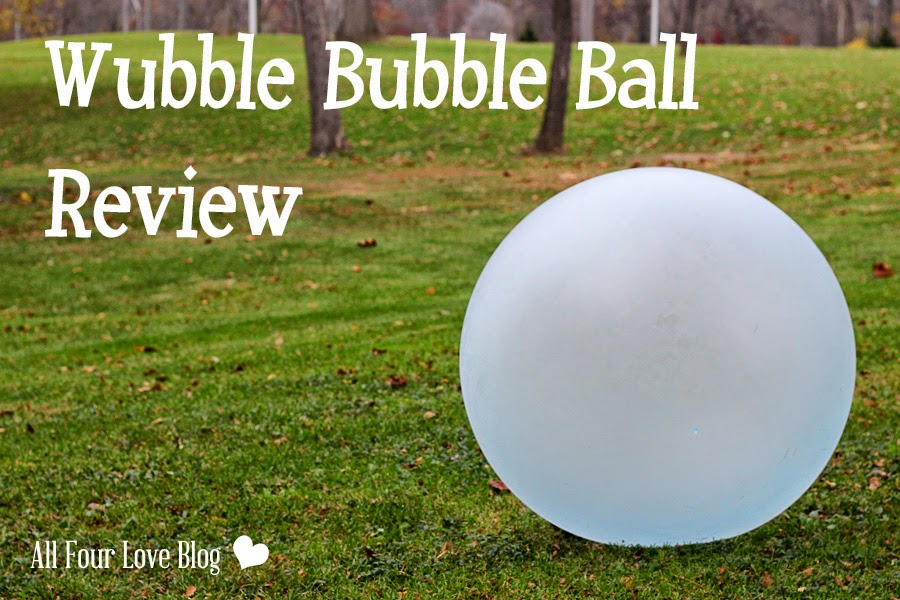 The Wubble Bubble Ball was invented by NSI President Frank Landi when his children wished they could play with a bubble without it popping. Made from a secret super stretchy plastic, the Wubble is just that - it looks like a bubble, it moves like a bubble, is incredibly lightweight, but it doesn't pop like a bubble! 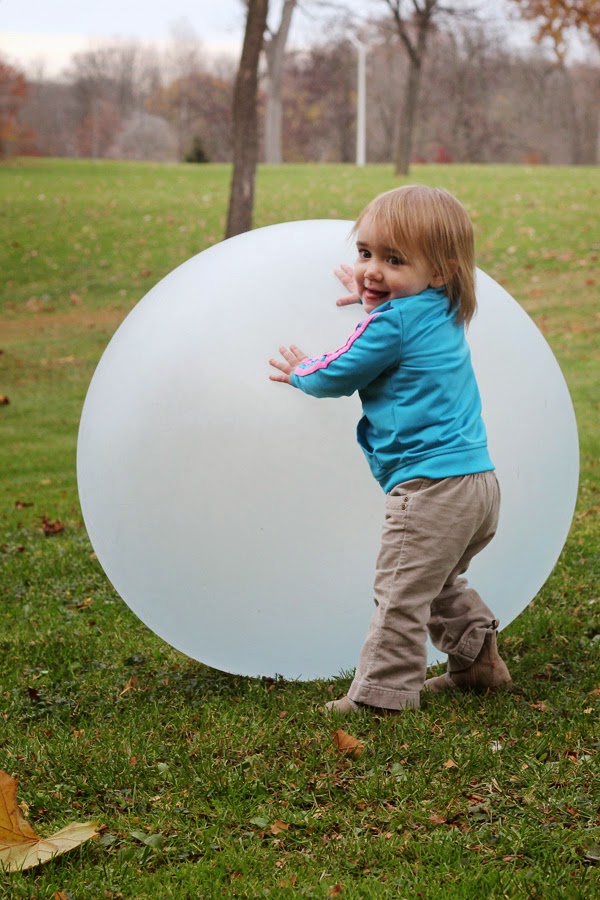 When we received the Wubble in the mail, it came in a neat little box with a battery operated pump, inflation guide, mail away replacement kit, and instruction booklet. My favorite part? No nasty plastic smell! After I gave "jobs" to my "helpers," it took about 5 minutes to inflate the Wubble and get it set up. The instructions were fairly clear as far as instructions go, but if you have trouble inflating it, you can always check out this handy tutorial video. The Wubble can be inflated up to 3 feet tall (!!!), but I kept it around 30" so it wasn't towering over Ginny.

The smaller the Wubble is, the stronger it is (since it's stretched less) - something I hoped would protect it against my less than gentle children who were begging me to bring it outside to play.

Outside we went! What fun this thing is!! The Wubble is so different than any other ball or toy we've played with. You can literally grab a handful of it and chuck it in the air or at the floor to bounce it. The noises it makes when you hit it, kick it, or bounce it are hilarious and incited many, many giggles.

My two love to whack the Wubble with their hands, making it vibrate and ring out a whacky hollow sound. And as long as you keep an eye out for sharp things, you're good to go - no need to worry about it popping. Since it's light, even Ginny can lift it up and throw it or kick it, which she loves. 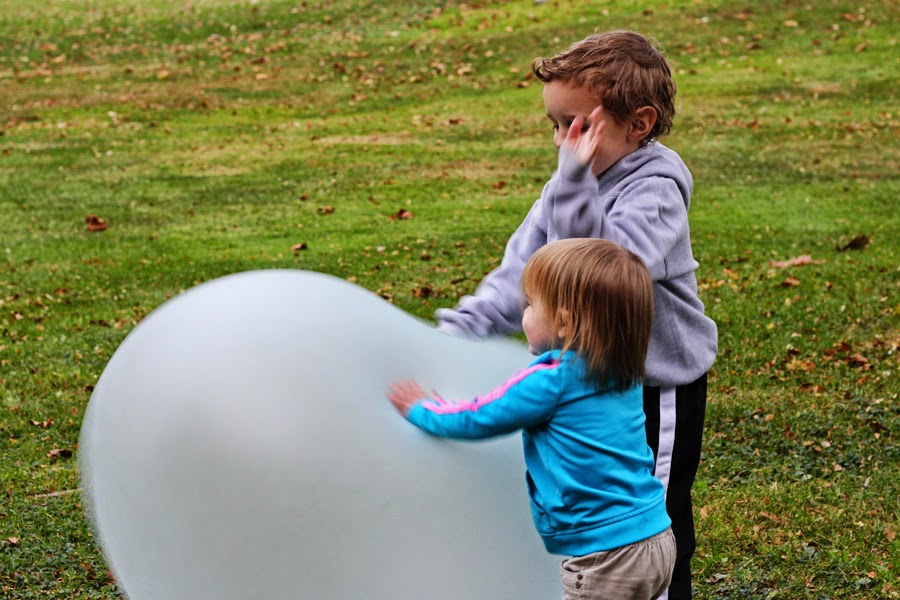 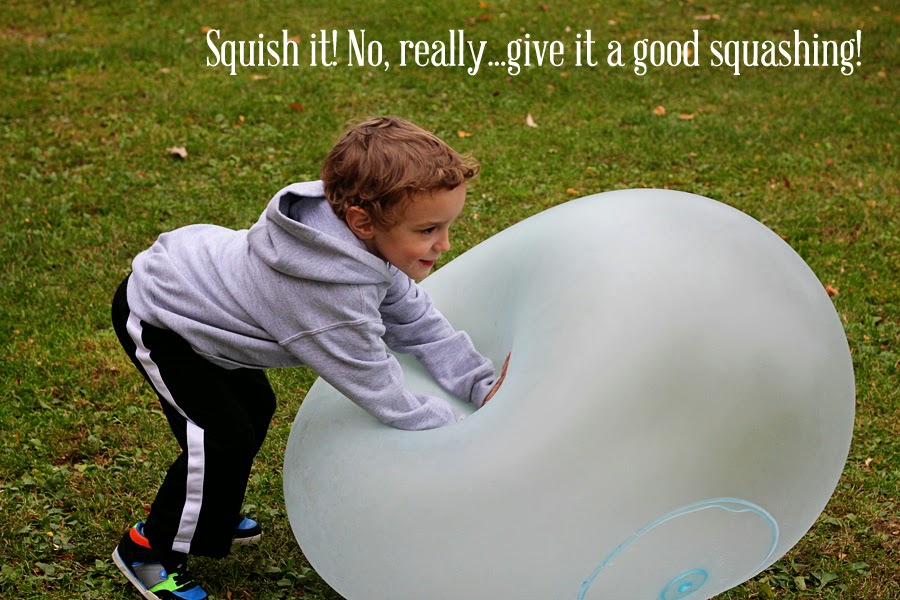 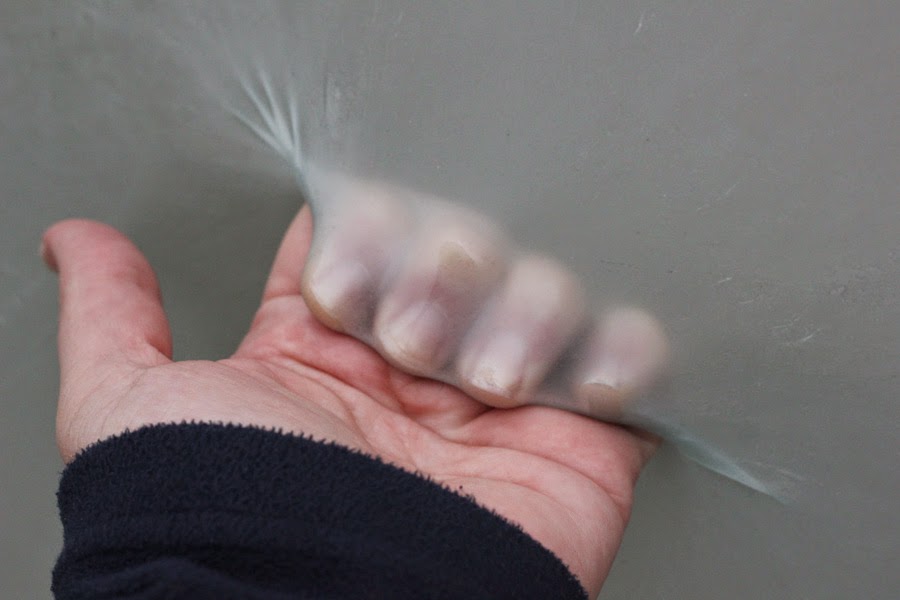 We're not the only ones who have enjoyed the Wubble Bubble. Target selected the Wubble Bubble Ball as a 2014 Top Toy for the Holiday Season. It was listed among other popular toys and games that are sure to be on every holiday wish list (read: if you see it on the shelf, grab it before it's gone!) The Wubble Bubble Ball is also a Family Fun Toy of the Year Award winner. The 25 winners are featured in the November 2014 issue of Family Fun Magazine. The Wubble has also won numerous toy awards, including an Oppenheim Toy Portfolio Best Toy Award, a National Parenting Center Seal of Approval, a Mr. Dad Approved Award, a Parent's Choice Award, the Dr. Toy Best 100 Picks Award, and more!

For both inside and outside play, I'd have to agree - this is going to be one hot toy this holiday season. The Wubble Bubble Ball is available at Target, Toys R Us, Amazon, and on their website, in both red and blue. The Wubble is tough, but nothing is indestructible. Luckily, they have a lifetime guarantee. If something happens to your Wubble, don't fear! You can get a replacement for $6.99 (cost for shipping/handling).