October is a favorite month in this house; fall, leaves, pumpkins, a birthday, an anniversary, and the coolest holiday of the year! It also ends up being one of our busiest months of the year, but busy isn't always a bad thing. One thing we always try to do is go pumpkin picking.

This year, Jeff was away for the weekend with friends, so I thought it would be a good idea to take the kids to the pumpkin patch by myself.

Isn't that hilarious? We all survived, thanks to some help from family friends who met up with us there, but man oh man. It was a long 90 minutes at the farm, and not for the reason you'd think.

When it comes to trying new things and going with the flow, Ginny is a champ. She loved the petting zoo, the hay ride, and spent a good half hour walking around the field trying to pick up as many gourds as she could. Generally, a happy, excited kid. 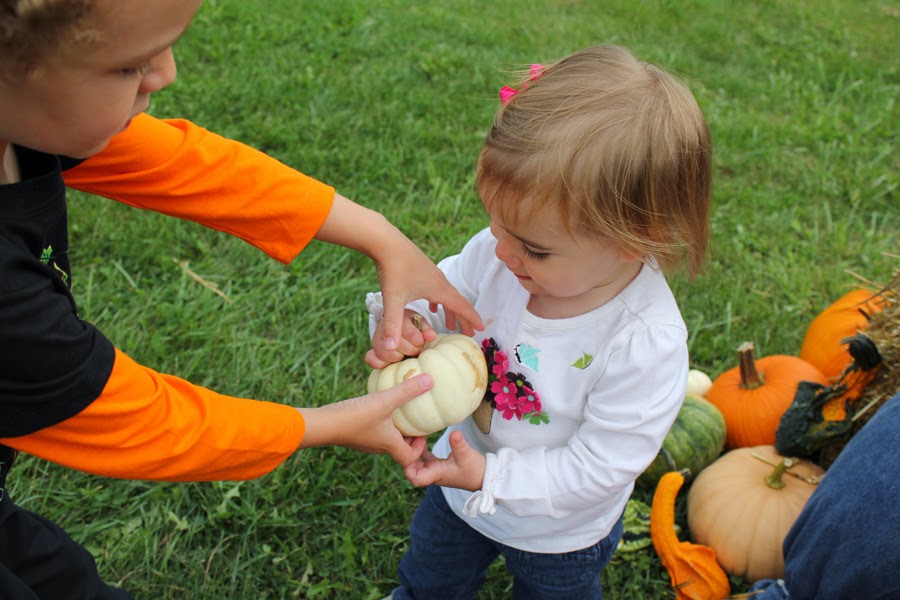 Then there is the preschooler. Oy vey. Terrible two's weren't that terrible and the "threenager" stage has only crept in very recently. So, what, fearsome fours? What is going on here?! Charlie didn't want to get out of the car, wanted to go home. Then he liked the petting zoo, but threw an unholy fit about getting on the hay ride and had a panic attack the entire way out to the patch. Thank goodness I had someone to hand Ginny to so she didn't do laps around the trailer while I held Charlie. I felt so bad for the kid; he genuinely didn't want to go, but what could we do? We can't pack up and go home every time he doesn't want to do something. All I can do is speak calmly, but not in way to make him think there is a reason to be scared, and encourage him to take baby steps. The other part of me can't help but think, "It's a freaking hay ride. Chill." It's easy to think that way when it's not me that's upset, but sometimes I just have a hard time wrapping my mind around the things that make him uncomfortable. 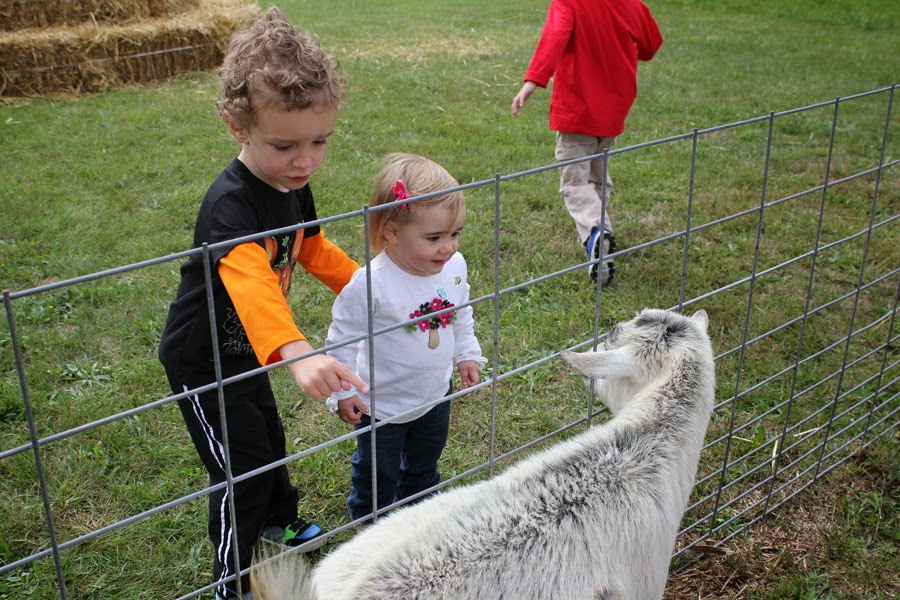 Once we got out to the patch, he was fine (until we had to go back again), but I just don't understand this new stage of his. Maybe he was tired, maybe he was not into the whole pumpkin thing, but this stage has seriously got to end - for his sake as much as mine. I want him to enjoy the things we're out about doing. It breaks my heart that he wants to sit at home.

Oh well, whine over. Here are some pictures I got from when we were out in the patch. At least he enjoyed that part! I promise, despite all that it WAS a fun day and I'm glad we went. Hopefully, he will enjoy painting his pumpkin more than he enjoyed retrieving it. 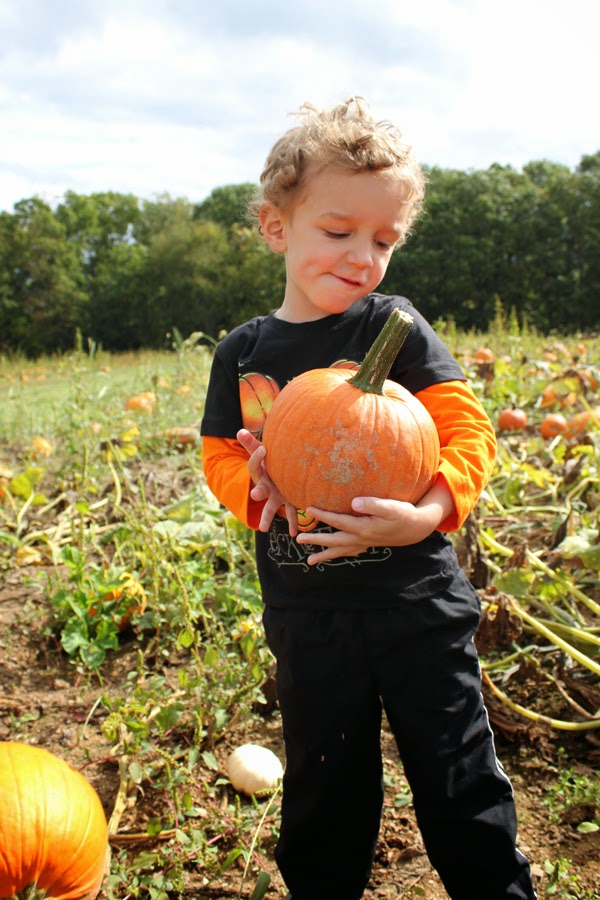 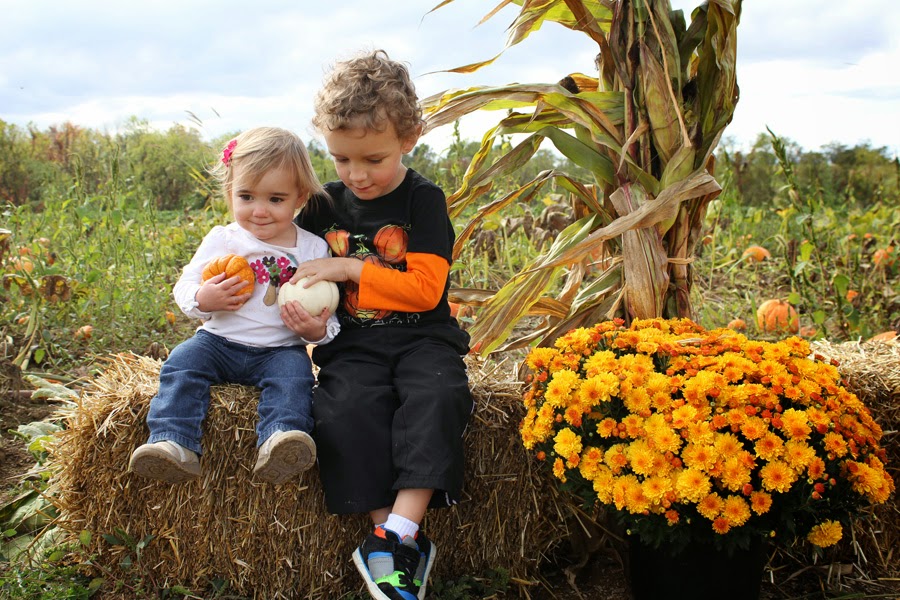 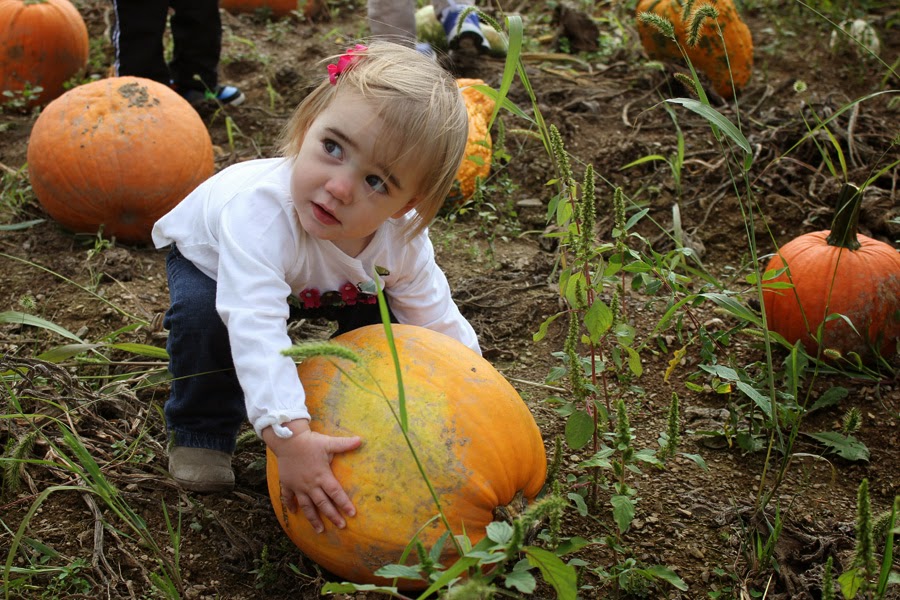