Half #3 and How I Prepare

Tomorrow morning, I'll be running the Hershey Half Marathon; half #3 for me! This was actually supposed to be my first half, but Divas and the Hands on House races ended up creeping in before it. I'm so excited; for the chocolate, for the bling, for the cool weather, for everything! While I was packing up my stuff tonight, I realized something - I take a lot of crap with me when I go to a race! Though I've only run 2 half marathons at this point, I have already fallen into a pattern of things I like to do and bring with me to a race.

My outfit for tomorrow's race includes a long sleeve tech shirt, this sweet Hershey Kiss tie dye shirt, silvery foil headband, capri running tights, calf sleeves (for support and warmth), my absolutely favorite running socks - Feetures!, and most likely my Under Armor Storm beanie until at least the sun gets high enough to provide some warmth. I genuinely forget what running in 45* weather feels like, so I hope I'm doing this right... 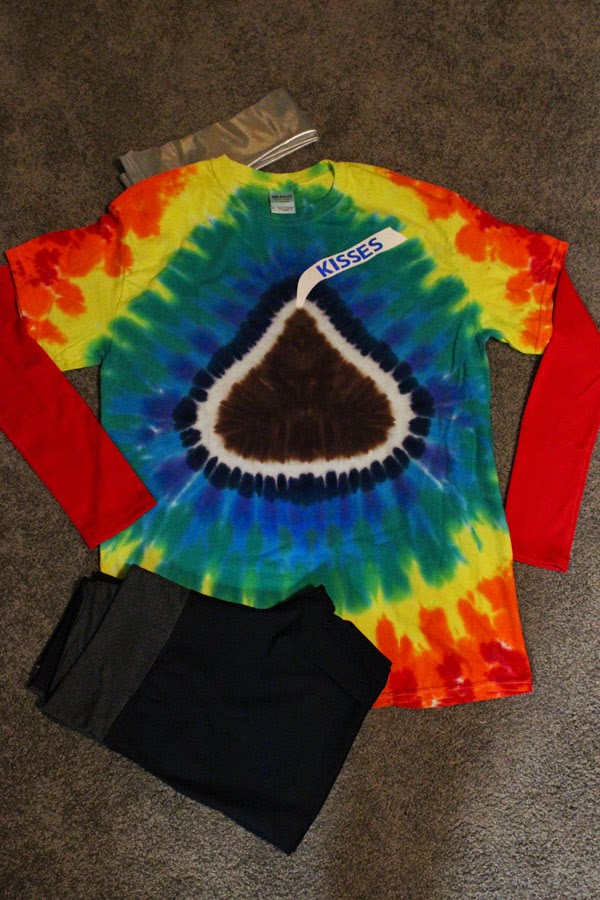 Then there is the bag. What's in the bag, you ask? It's everything I'm going to need (or may need) tomorrow before, during, or after the race. I do not travel light if I don't have to - I would MUCH rather have things I don't end up needing than be left stranded without something. While it wouldn't be the end of the world, it is just a race, but why not prevent issues if you can? 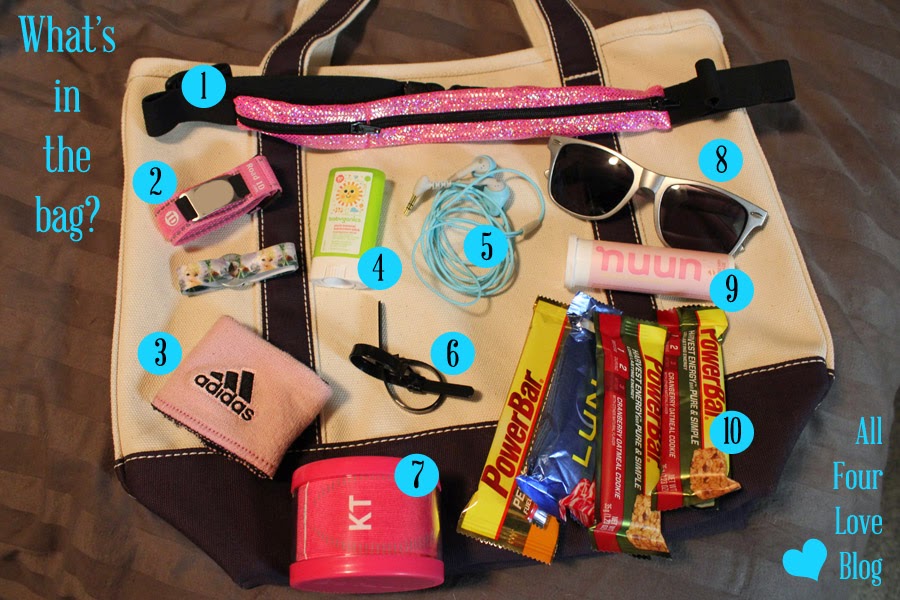 Also in the bag, but not pictured are extra socks, an extra sports bra, a hoodie, my glasses, and a small first aid kit with Tylenol, bandaids, extra contacts, and blister block.

In the morning, I'll have a solid, but easy breakfast (coffee, oatmeal, banana) and get on the road. The race is starting early, really early. We're going to need to leave way before dawn to get down to Hershey to pick up my race packet and get ready. With such an early hour, Jeff and I have gone back and forth about whether he and the kids will come. There will be absolutely nothing to do aside from watch the race at 7:30AM on a Sunday morning. Nothing even opens until closer to 9AM or 10AM and Hershey Park isn't open until noon, but the latest update is that yes, they're coming. I'm hoping they'll be entertained enough by the race until things start to open.

Now off to bed - lots of miles to cover tomorrow!