Sooner than expected, we got a phone call from the children's hospital with Charlie's immunology test results. The good news is that his overall immunoglobulin count is good and that he is producing functioning B and T cells (click here if you need a little biology refresher, I know I did!) This means that when he is sick, his body can handle the illness like it normally would. The not as great news is that it appears that his body has so far been unable to retain antibody titers, the "memory" that helps your body learn a disease and prevent reinfection.

When looking at his blood work, it appeared as if he had not received his TDAP vaccine, pneumococcal vaccine, or HiB vaccine despite being up to date with all initial shots and boosters. He could be lacking immunity for other vaccinations, but these are the ones they typically test for at this stage of the game. For some reason, his body is unable to use these vaccines to develop antibodies against diseases, which means though he is vaccinated, he is currently susceptible to them. This could also be why he has been plagued with otherwise simple, but recurring infections such as ear, nose, throat, lung, and intestinal infections. Individually, they are simple childhood illnesses, but combined into one 3 year old's file, it's a symptom.

What now. Well, after I had a small freak out that my once thought to be vaccinated kid isn't really protected, the doctor told me the plan. Charlie will be starting prophylactic antibiotics from now until we figure out what is going on. We are hoping it doesn't cause his stomach issues to flare up, so lots of probiotics will be on board as well. Let's pray for no tummy issues.

In the meantime, he's going to be revaccinated with a different kind of pneumococcal vaccine called Pneumovax 23. It covers a wider range of diseases than Prevnar 13 and, though I don't know the scientific words for it, seems to stick better in children with this issue. In 4-6 weeks, he'll get more blood work done and one of three things will happen...

1) He will have a positive response to the vaccine and retain the antibodies. If this is the case, the doctor will still follow up with him every few months to make sure he's maintaining a good level. It's not a fluke that he has no antibodies from his previous vaccines or illnesses - something is happening, but "how fast?" is the question.

2) He will have zero response to the vaccine and show no antibody levels when the test is rerun. In this case, we will talk about different therapy options to treat the deficiency.

3) He will develop antibodies as a result of the vaccine, but lose them quickly. In this case, the test will show a reduced level of antibodies meaning he has the ability to gain immunity, but cannot keep it. This would also result in a discussion about immunoglobulin therapy. 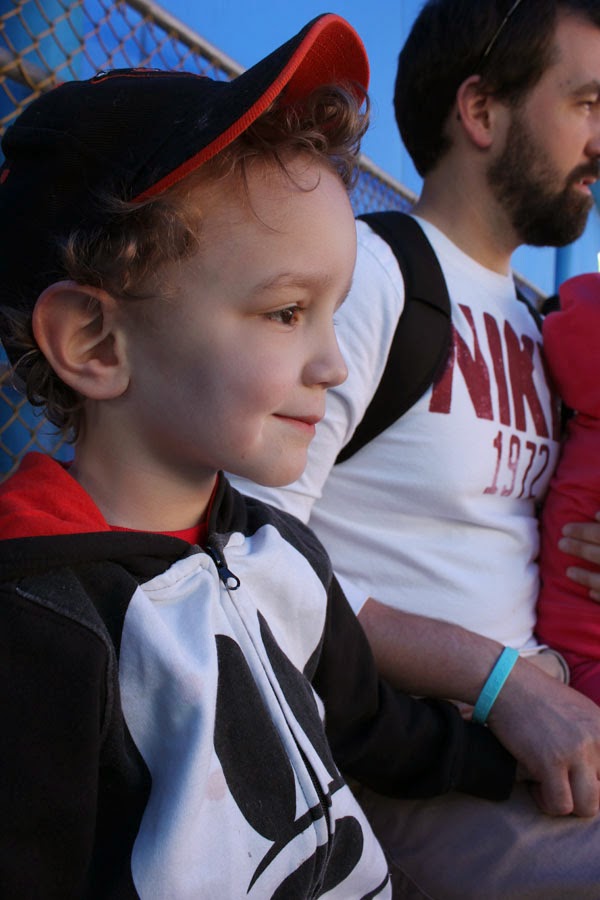 With flu season rapidly approaching, I would be lying if I said I wasn't nervous. I'm nervous for him and I'm especially nervous for Ginny. If Charlie gets sick, he has a strong enough immune system to fight it. Having a weak ability to fight off illness, however, means he can bring home everything under the sun and potentially give it to Ginny. She has a normal immune system on the front end, but if she does actually get sick, she'll have a hard time fighting it on the back end.

This is a lot to digest. On one hand, it is an incredible relief that we weren't overreacting to the number of infections Charlie has had in his lifetime. On the other hand, it means more blood work and who knows what else in the future for him. While I readily acknowledge that in the grand scheme of what could be wrong with my children, we are comfortably and safely seated in the shallow end of the pool...it still doesn't feel good. All we can do is be thankful for the resources and support we have access to during this time and pray for more positive/positive-ish news.

All I can say to wrap this up is, please get your flu vaccine and make sure your family is vaccinated. I'm not looking to start a vaccine war, but when a child is unable to take advantage of the security vaccines give, we have to trust that others around us are protected and not unknowingly spreading disease. For more information about immunizations, visit the Center for Disease Control's website or speak to your pediatrician/doctor.