Its one of those things that no one tells you; making friends as an adult is hard. Growing up, you're put in all of these situations where you are with other people of similar age, interest, and general purpose. It is easy to make friends...or at least have someone to talk to who understands you. As an adult, however, its so much harder - especially if you have kids. We (the royal "we") don't connect with our local community as much as we once did. Some Moms out there do find those connections through organized play groups and parenting co-ops, but depending on your location and working situation that isn't always possible.

So what do you do?

When I was pregnant with Charlie, I was one of the only people around me even married, no less pregnant/with kids. Those around my age were just in a different stage of life. It was kind of lonely and I needed someone to connect with. I stumbled upon (I genuinely forget how I even found it) a forum full of other Moms from all walks of life. I joined the board of women also due in December 2010 and started chatting. This was 4 years ago and 15,000 posts and a few Facebook groups later, these women....well, I can't even imagine parenthood without them.

Between Charlie's birth month group and Ginny's birth month group, I'm part of a few forum boards and a few Facebook groups and the wealth of giving, humor, advice, experience, and support is overwhelming. These women are nothing short of amazing. We chat almost everyday about almost anything - when things are good, when things are bad, when things are crazy. We've been pregnant together, had our babies together, gone through teething, sleep training, breastfeeding woes, marital problems, weight problems, hilarious and frustrating toddlers, tantrums...you name it. The community bands together and the kindness runneth over. 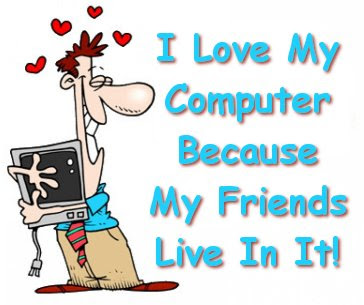 Living in a time of "Catfish" and the "Craig's List killer," trust me - I get plenty of weird looks when I say that most of my friends live out of state and that I've never met them. The funny part is, I get even weirder looks when I talk about making plans to get together with them. So wait, its weird if I've never met these women, but its ALSO weird if I try to meet them face to face? Well that's just confusing.

The truth of the matter is, in this day and age, making connections over the internet is not only common, but should be expected. The world can be a lonely place when we're moving around so quickly. The ability to find people who can understand and support us is so incredibly important. I am incredibly fortunate to have found my tribe, if you will.

Twenty some odd years ago, we would be called pen pals. No one gives a concerned, judging look about pen pals. Well, we're still pen pals - just with a new kind of pen and paper. Labels: Doing Something for Me