You can't tell a toddler, "I told you so." I mean, you can, but they certainly won't understand you. I think between Jeff and me during an hour long grocery shopping trip, we said some variation of, "Charlie, please don't run" about 1,000 times. He's normally not that rambunctious - guess he was having an off day? By the time we were leaving, I'm sure everyone in the store knew his name. 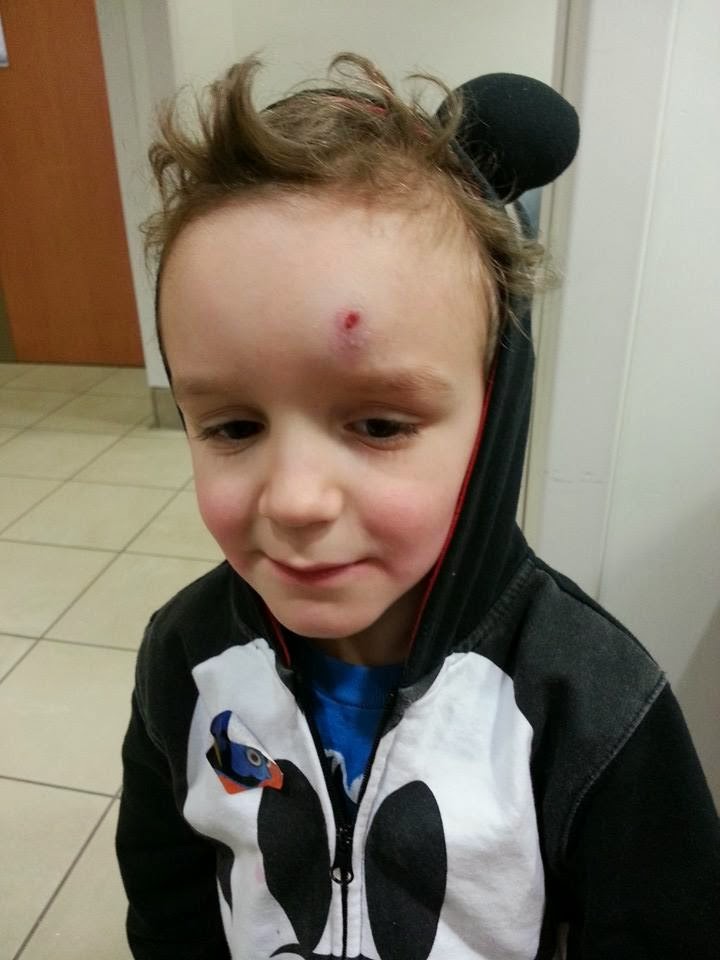 BOOM. Running towards the automatic door, he tripped on his own feet, and fell just far enough away to catch the door jamb with his face. If you haven't experienced a head wound, even a tiny one, it bleeds A LOT. Like, an unnatural amount. Standing in the grocery store, with my hands and his face covered was quite a site. Thankfully, an employee brought us some paper towels and ice.

An ER trip later, he's got a super glued puncture wound on his forehead, a huge goose egg, and a clear CT scan.

We weren't sure at first whether to go to the ER. He didn't lose consciousness (he cried right away, which is good) and the bleed slowed down after a few minutes, but I try not to mess with big head knocks like this. He hit so hard, he nearly bounced. Turns out, the doctor said we made the right call and with a kid his age, its better to be safe than sorry.

How do you know if your kid needs stitches?

Charlie ended up not needing stitches, thankfully, and got his wound glued with special skin adhesive. The doctor said it could have used a stitch or two, but it was much easier and just as effective to use the glue. For larger wounds, stitches or staples could have been necessary. Thankfully, this was a little ding!

Next time, he's sitting in the cart!