I recently realized that we eat a lot of meat. Like, a lot. And we're boring about it too. Baked chicken, a starch, and a veggie. Steak, a starch, and a veggie. I don't mind the eating meat part, but we really need to expand our recipe box a little bit. I started looking up vegetarian dishes and thought I don't like a lot of the staple meat substitutes (eggplant, mushrooms, tofu, etc.) I do like beans, chickpeas, and other legumes. One recipe that I've been interested in trying is falafel.

There is a farmer's market near here and one of the stands sells the most delicious falafel ever! Sometimes we just go for that and nothing else. Why not give it a try at home? I always thought it would be difficult to make, but in reality it took no longer than one of our boring dinners. Here's the recipe. After trying the result (which was delicious, none the less), I tweaked the spice measurements a bit. 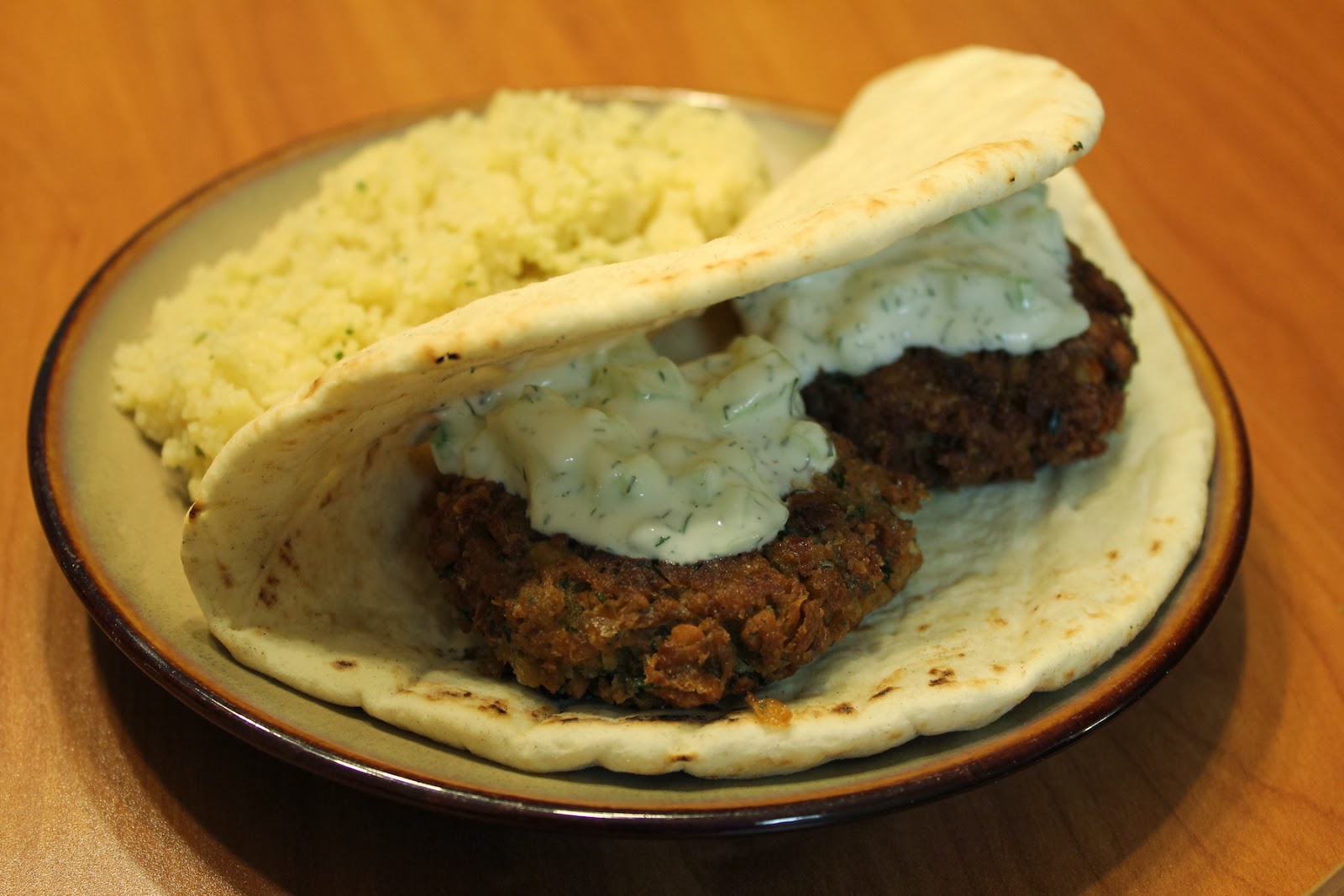 In a small bowl, combine all ingredients and mix well. Chill for at least 30 minutes.

Falafel
In a large bowl, mash chickpeas until they are thick and pasty. DO NOT use a blender - it will make them too thin and watery. I used an old school potato masher and it worked great. Now you can break out the blender. In the blender, process onion, parsley, and garlic until smooth. Stir into the mashed chickpeas. 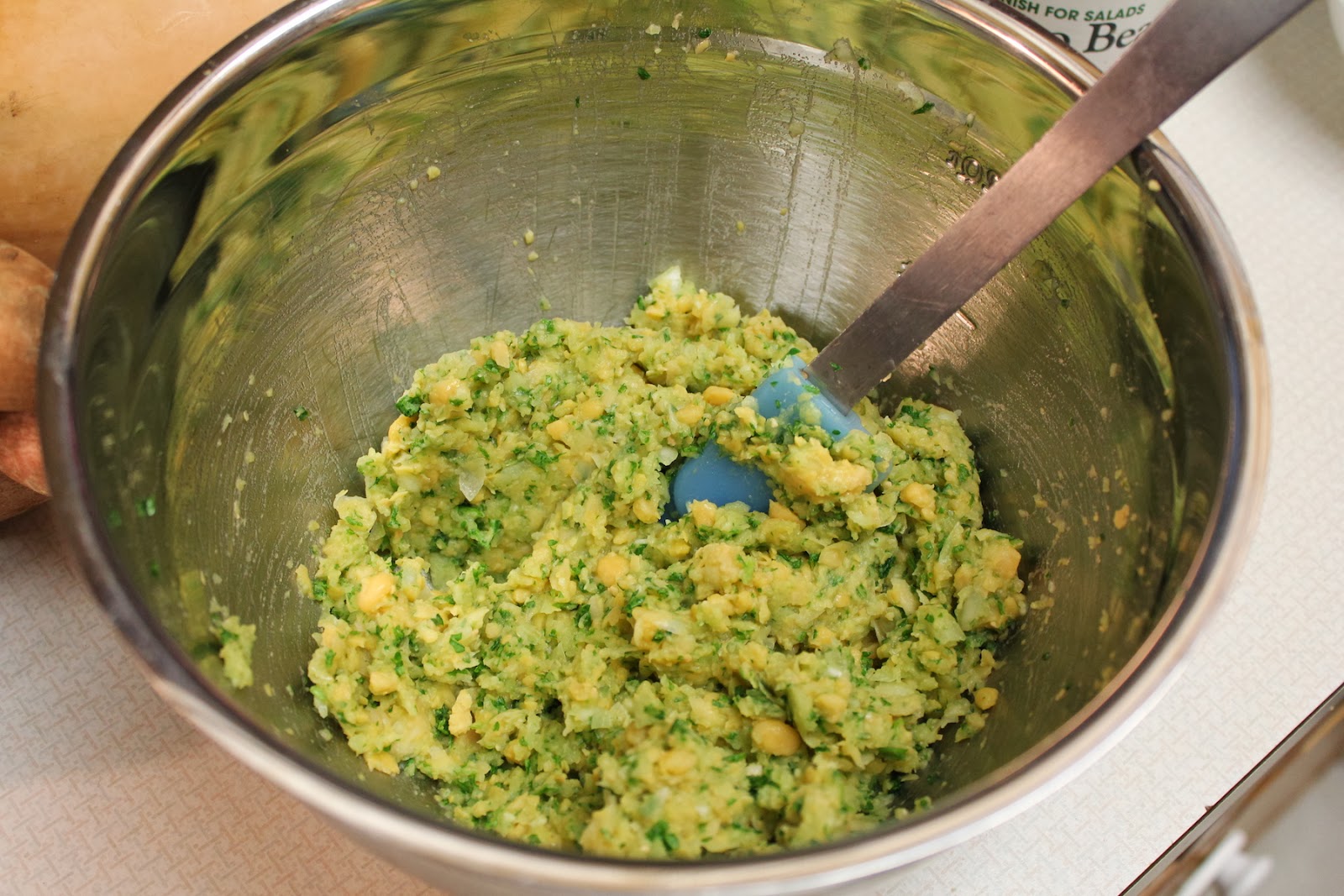 In a small bowl, combine egg, cumin, coriander, salt, pepper, cayenne, lemon juice, and baking powder. Stir into chickpea mixture. Add olive oil to mixture. Slowly add bread crumbs until the mixture is not sticky, but will hold together. Add more or less bread crumbs as needed. I only ended up needing about 3/4 of a cup. 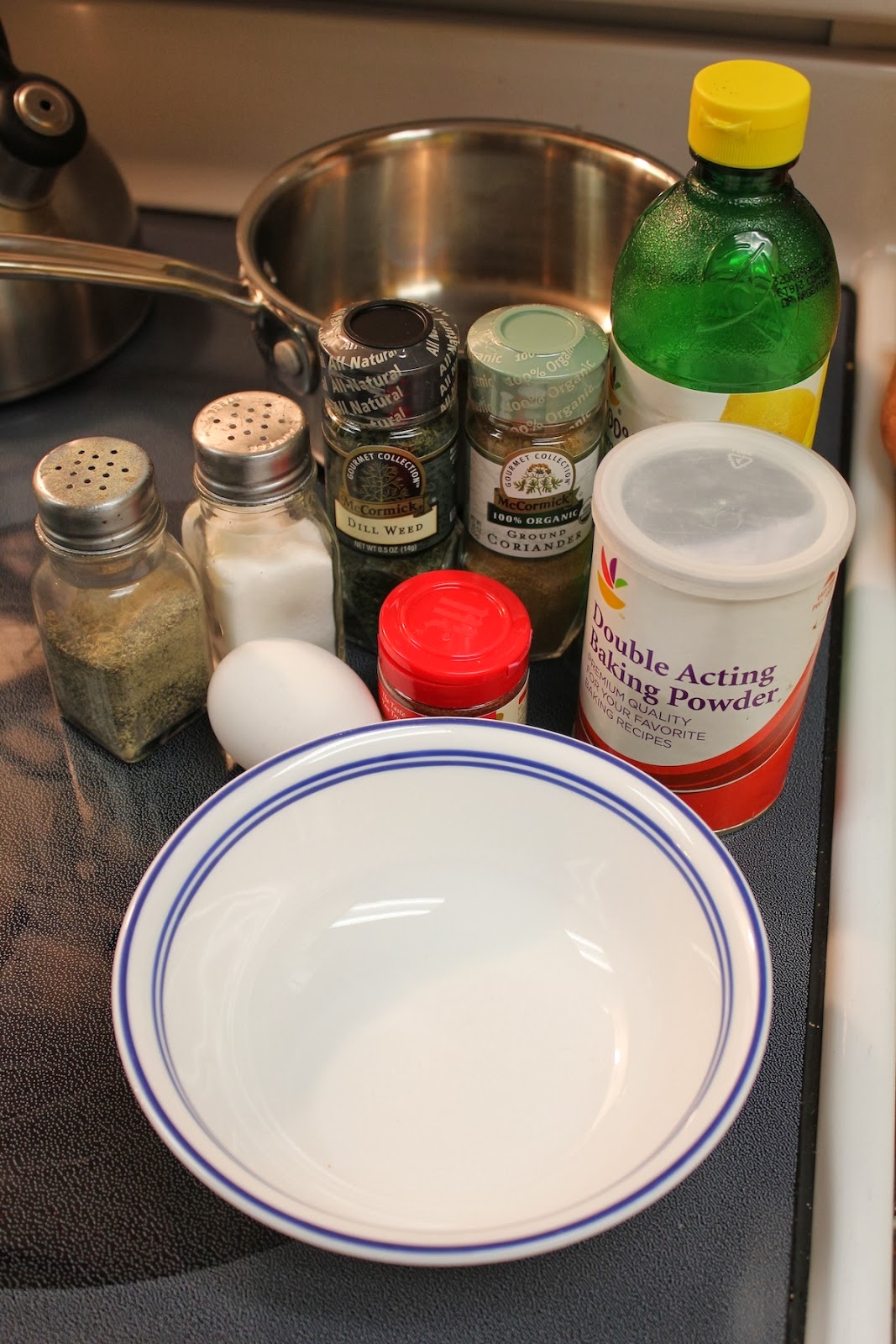 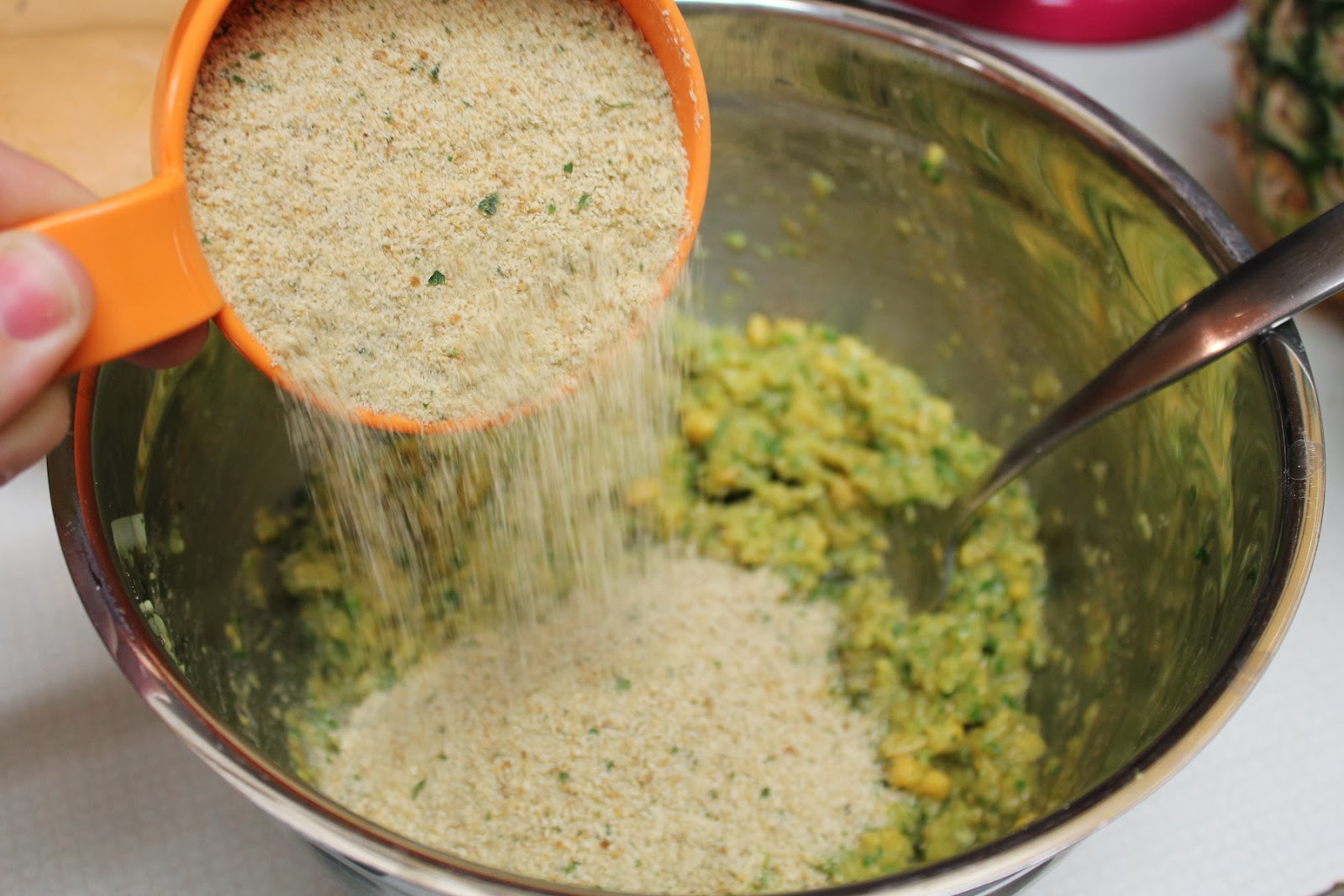 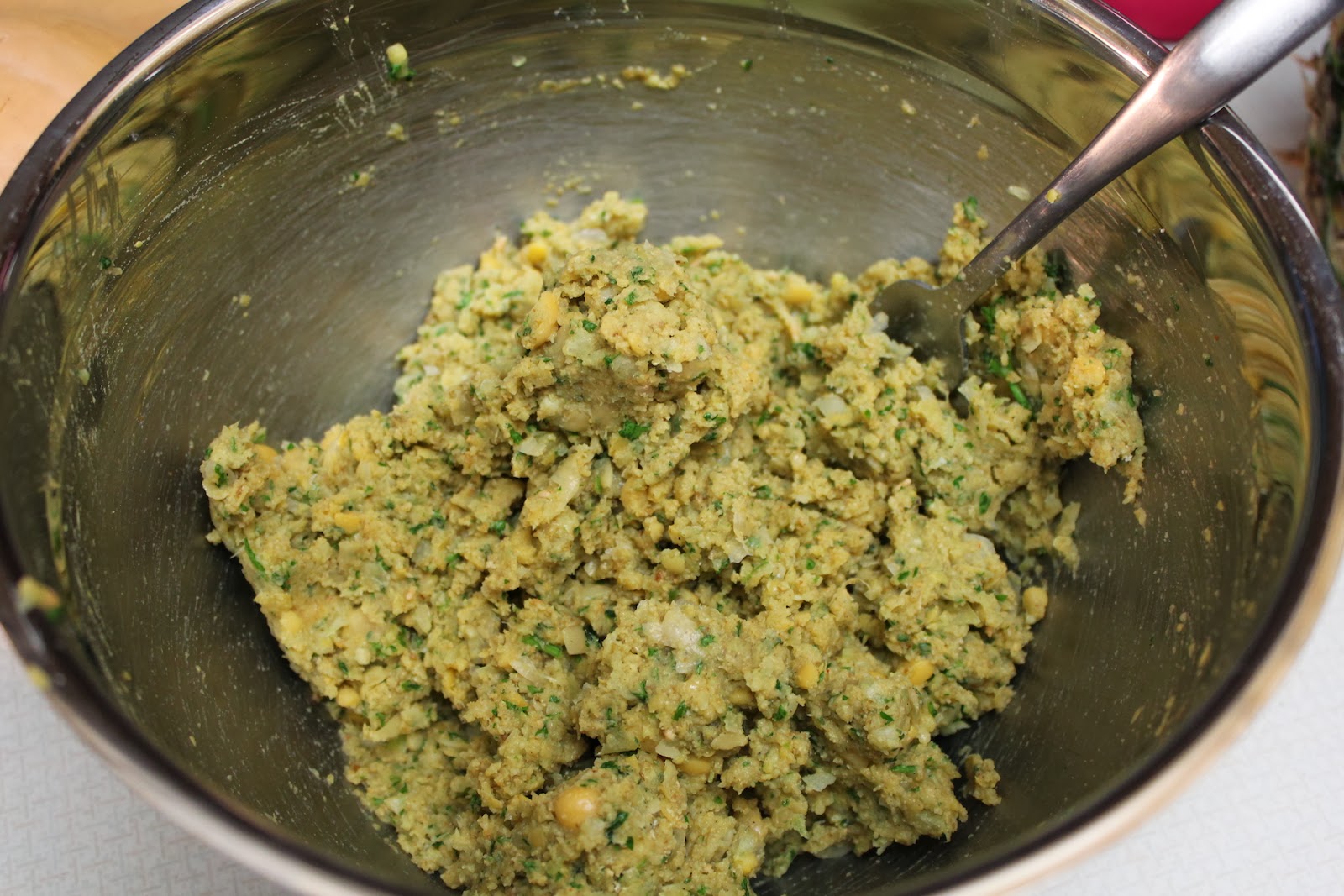 Form 8 balls and flatten them into thick patties.

Heat approximately 1 inch of oil in a large skillet over medium-high heat. Fry patties in hot oil until they brown on both sides. These suckers cook fast - ask me how I know this. Definitely keep an eye on them. My first batch got a tad crispy, but they were still good. 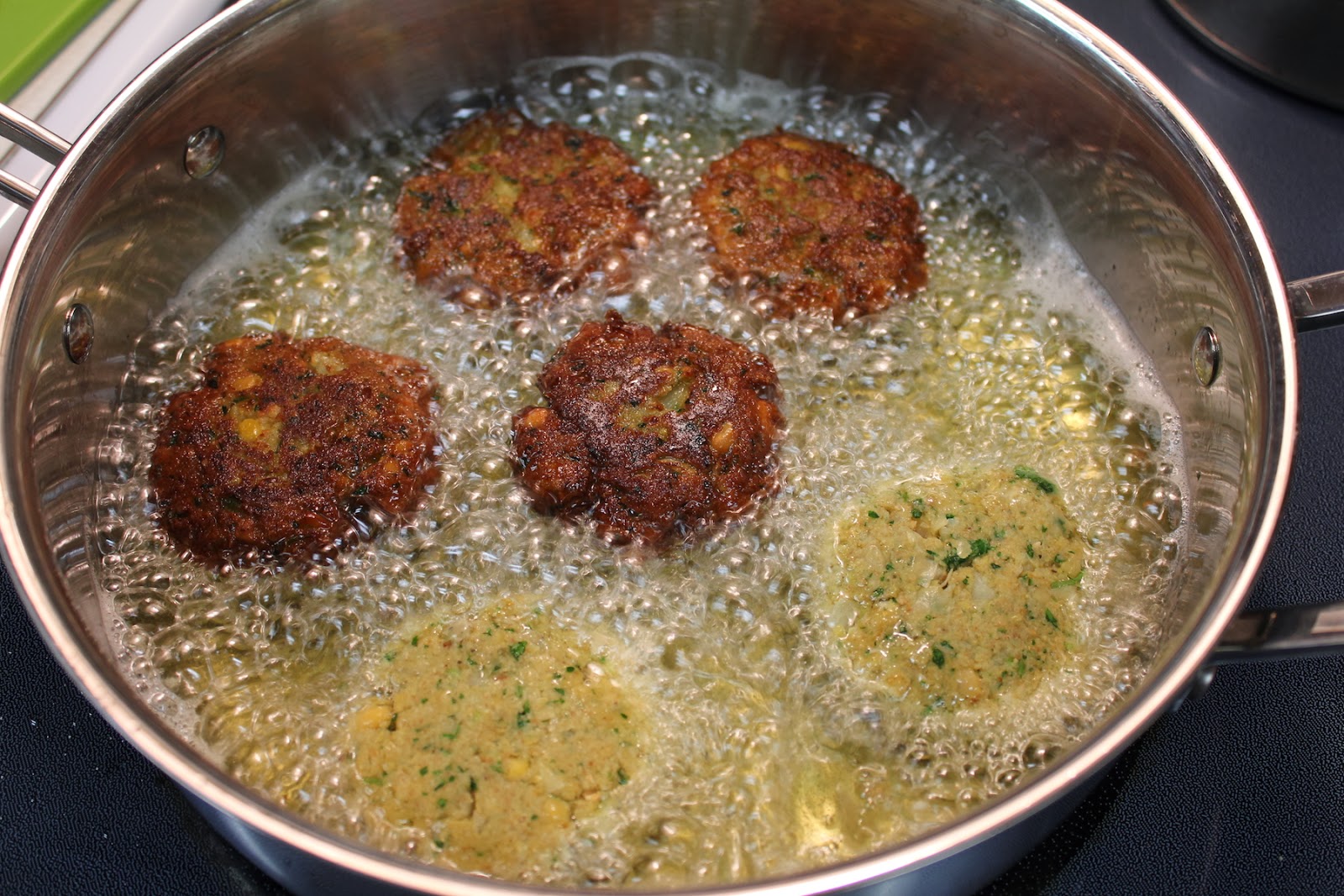 Serve two falafels in each pita half topped with chopped tomatoes and cucumber sauce. We made our falafel on flat bread because that's what we had and made couscous as a side. Delicious, different, meat free dinner!

As a bonus, you can totally tell your kids they are chicken nuggets and they'll believe you and ask for more. You're welcome. ;-) 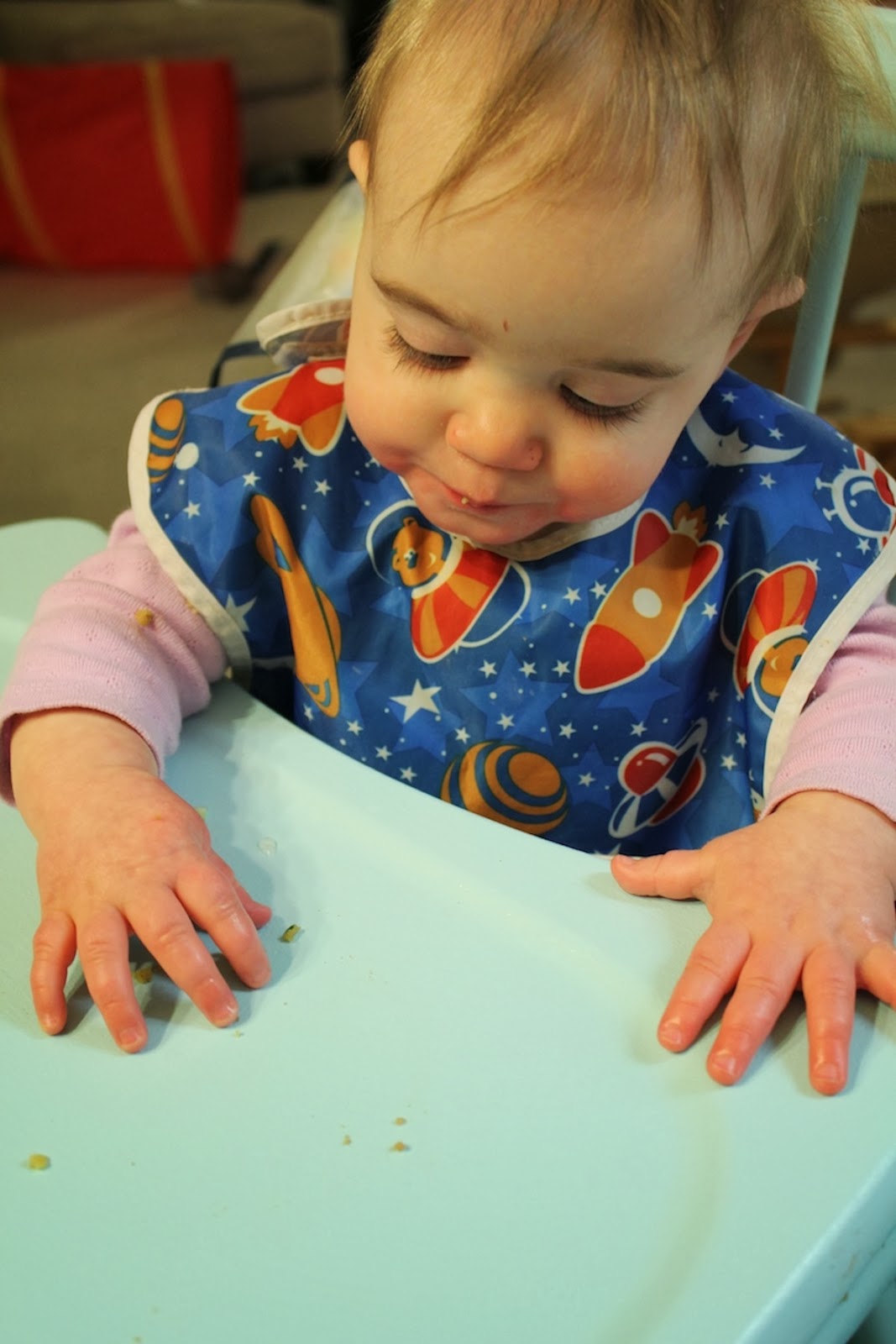 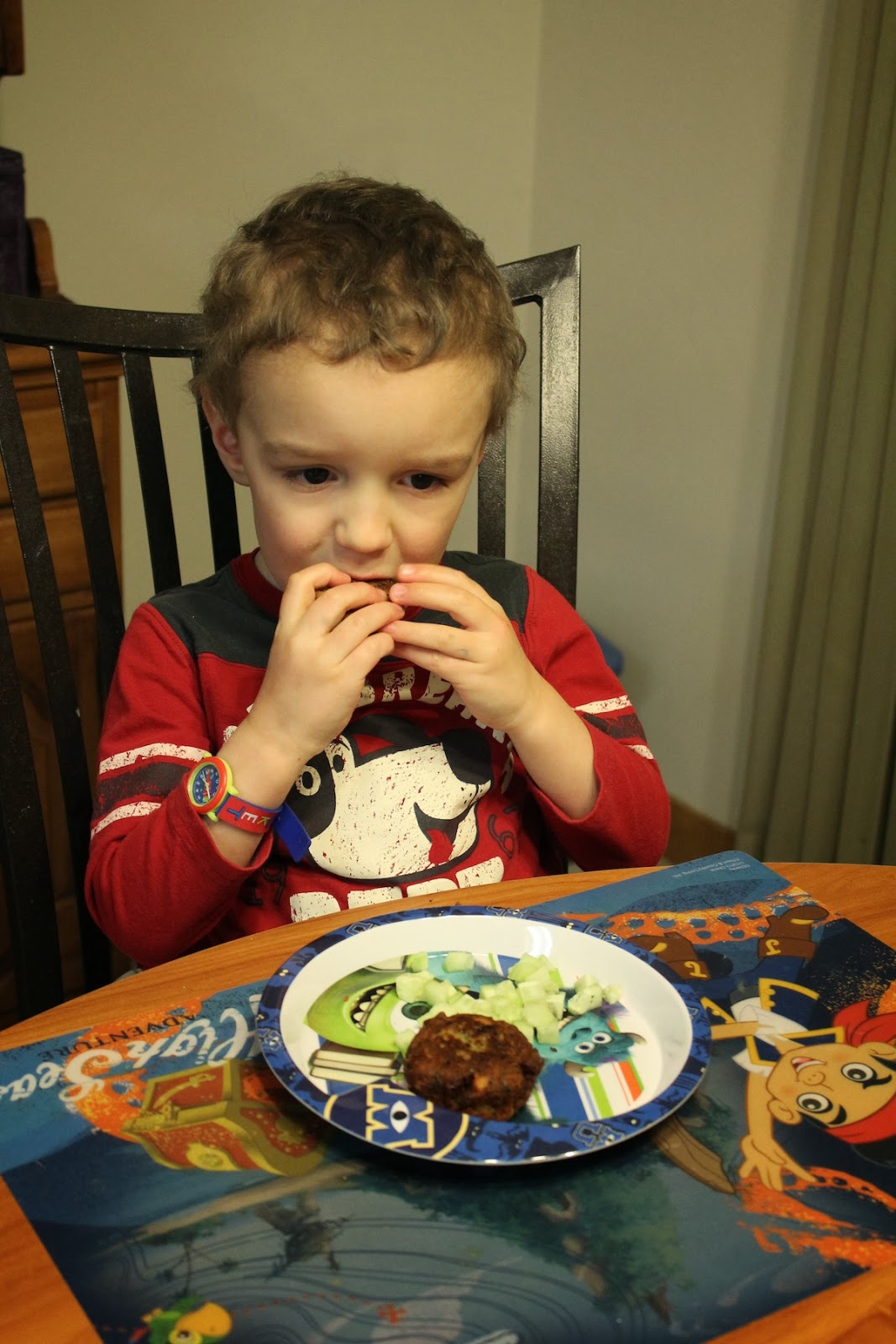