A Weekend Away, A Weekend at Home

Finally. A weekend at home with nowhere to go and nothing to do! Its been a crazy busy few weeks full of weddings, plans, and visits. It was fun, especially after getting the van made it much easier to travel, but so incredibly exhausting. We're endlessly fortunate that C is so good in the car; even for long trips. If he wasn't, well, we'd travel less - that's for certain.

So, there's not much to say about this weekend. We cleaned up a bit, did a lot of laundry, some shopping, and mostly hung out and watched football. Ahhhhh. Lovely!

Last weekend, however, was a much different story. With one very fancy wedding to attend in Raleigh, NC - it was a long, long weekend to say the least! Eight hours on I-95 will ruin just about anyone's day, but with uncontrollable car sickness to boot? Lets just say I've already started looking at airfare for Disney next year; I'm done with long trips.

I would like to note that fun difference between this pregnancy and last that is my level of car sickness. I've always had pretty bad car sickness, but if I sit in the front seat, I'm fine. When I was pregnant with C, my car sickness magically went away! I could even read in the car without an issue! This time? Nuh uh. I could be sitting in the front with the window cracked, staring straight at the road and still have the constant feeling that I'm gonna lose it. Oy.

We did the drive down in one shot over night, arriving around 2am. J and I quickly realized as we rolled into town with our eyes barely open, that we weren't no spring chickens anymore. After some rest, we were off to venture around Raleigh and partake in fun wedding activities!

The wedding venue and everyone involved were just fabulous. Here's a picture of me all bridesmaided up, bump and all. Luckily, my bump didn't impede my dress zipping! I was worried for a second there! 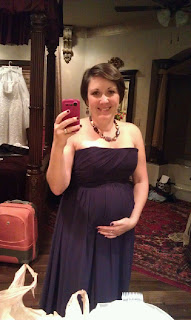 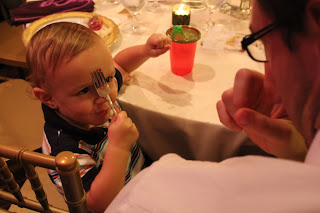 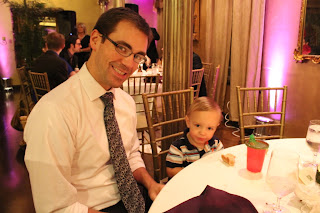 As a side note, if you're ever in Raleigh, go to The Pit restaurant. Complimentary valet parking and the best damn BBQ and ribs you've ever had in your life. YUM. I ate my pregnant self silly. 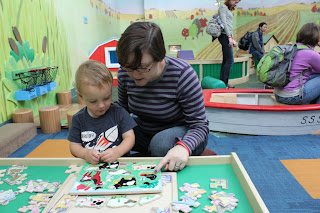 Knowing C wouldn't sit in the car for 8 hours straight, we did the drive back in two chunks - stopping in Richmond, VA for a few hours. We took advantage of the time in the city to stop at the Children's Museum of Richmond - SUCH a cool place! We all had a blast and it was really nice to get out of the car and stretch for a few hours. 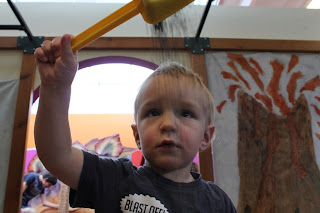 The entire place is a hands on activity center with a farm area, mini town with stores and offices, a fully stocked art center, digging for dino bones, and more. C was seriously entertained for well over an hour - I wish we could have stayed longer!

It was a little pricy for adults considering everything was kid sized and you literally just walked around, but it was still worth it. 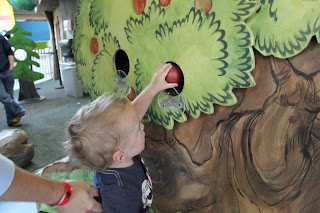 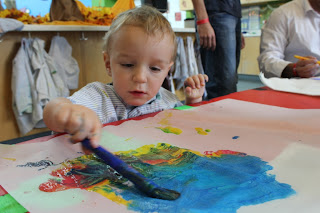 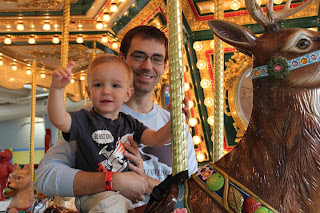 After a little lunch, we were on our way home. Again - fun weekend, but completely exhausting weekend. :-)
Posted by MommaM at 6:38 PM