You heard me right. C's New Year's resolution is to kick the bottle habit. I realized that C was only taking a bottle in the morning and at night with sippy cups in between, so why couldn't he just get a sippy all the time? He isn't particularly attached to his bottle and doesn't give a hoot whether we hand him a spout sippy, straw sippy, bottle, etc. Lets take advantage of this before he starts asking for a "baba" by name, shall we? 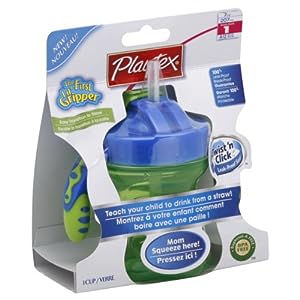 We originally had the Playtex First Little Gripper straw cup. You squeeze the bottom to teach your child that liquid comes up from the straw when they suck. It worked well to teach the concept, but we realized that in order to make it an easy straw and spill proof, there isn't a pressure release hole in the top of the cap. That means that after a suck or two, he has to release the suck to allow air back in. This made an absolute mess since he usually had water in his mouth when he did so. Again, great starter cup, but just not that great for a bigger kid trying to chug their cup. 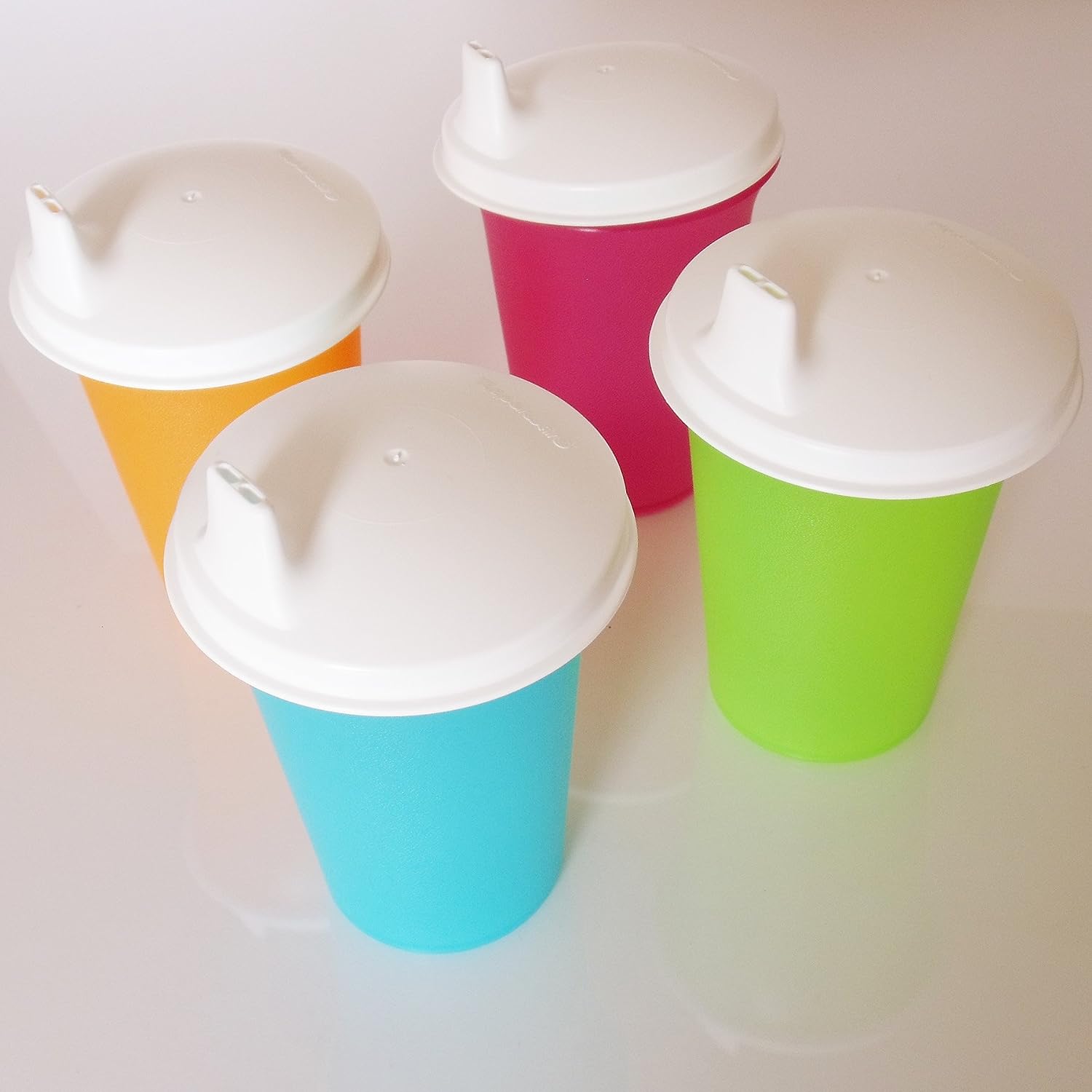 Yesterday, we ate dinner with friends of ours and I noticed their two year old had a different kind of Playtex straw cup. It was a big kid insulated version that was spill proof and had a pressure release hole. Basically - exactly what we were looking for. They let us try one out during dinner and despite his very stuffy nose, C was able to do really well drinking out of it! Once his nose clears out and he can drink continuously without having to stop and breathe, I really think he'll be set. 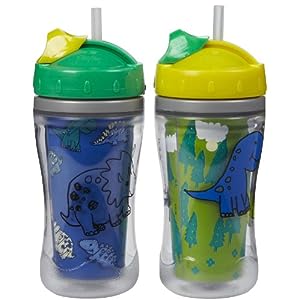 We ran out to Target today and picked up a set of our own (they're called Playtex Insulated Twist n Click Straw Cup). To my delight, there were actually several options of boy prints to choose from (Moms of boys know what I'm talking about) AND Target had a coupon for $2 off! They came to about $6 for two cups and we love them already. They really are spill proof, they are easy to hold, and most important - easy to clean. There is a slider on the top that closes off the straw for storage and it seems to be pretty darn leak proof. C has already subjected it to the incredibly scientific "throwing around the living room" test.

So, wish us luck. We replaced bottle #1 with a sippy tonight and he happily chugged away. Lets see how he does tomorrow with his breakfast sippy. Here's to an easy transition. 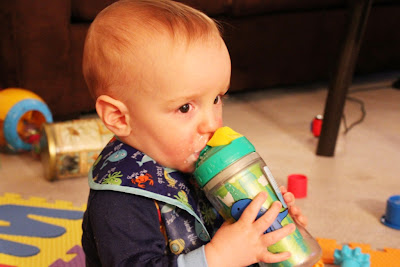 As a final note, if you are going to venture into the straw sippy cup world, do yourself a favor and buy one of these - a sippy cup straw brush. You'll thank me. :-)
Posted by MommaM at 8:11 PM