I'm sitting at my kitchen table having gotten home from work on time for the first night in weeks. Working in the education realm, August is by far our busiest month with all of the training and prepping before the students return. This makes for a crappy blog turn out every single year. No really, if I pull up my stats for the past few years, my blog takes a dive for about 3 weeks every single August. I really need to hire a late summer ghost writer...

Don't get me wrong, I love my job and I love this time of year - it's what I live for! BUT it also means that I've hardly seen my family, am most likely eating too much junk food on the go, and haven't had time to blog about, well, anything.

August 1st was a big day for me; a big shitty day. It was the 15th anniversary of my Mother's death. Since I was 15 years old when she passed away, it meant that on August 2nd, I had officially lived longer without her than with her. Talk about a heavy realization. A lot happens in the first 15 years of your life, but so, so much more happens after that; all things I haven't been able to share with her. I read this Huff Po article a few years ago, knowing this day would come. Well, it came and went. 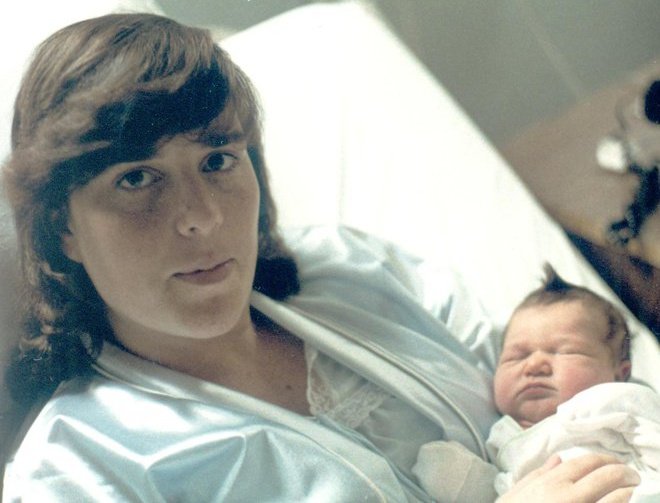 Death is such a horrible thing. Just when you think you're at peace with it, you get a slap of reality that reminds you that you'll never be at peace with it. There's no possible way to be. I knew this time of my life would come, but it's such a strange realization to have none the less.

Luckily for me, August kept rolling whether I liked it or not and was a welcomed distraction. While I was out working my tail off, Jeff has been home with the kids trying desperately to find a job. Unfortunately, he's also in education and there are zero jobs in this area right now. The ones that have opened up have been met with hundreds (not an exaggeration) of applications. Other jobs in the area either retail (pay too little to pay for full time daycare), require significant additional education, or are driving a tractor trailer, which would take him away from home too much for my work schedule. For now, he's going to be a SAHD with the kids, but thankfully we'll still be able to afford to send Charlie to preschool.

Speaking of preschool, Charlie starts on Monday! How is this possible?! All next week I'll be posting about how we've been preparing, his first day, and a whole bunch of good educational type stuff.

I also have a ridiculous number of amazing reviews coming up as a result of Blogger Bash that I can't wait to share. So, consider this an apology; an annual apology. August stole my blog once again this year. Stay tuned - I promise I'm not disappearing again.....at least until next August.