Three quarters of a year down! Three months to go until she's one. Wow. 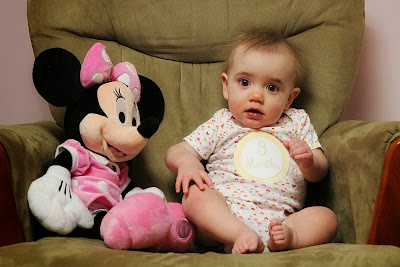 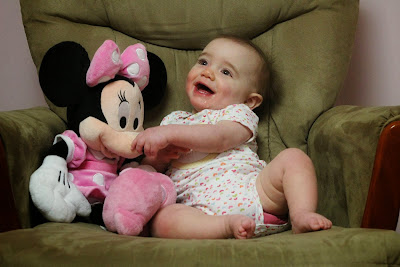 Favorite activities: Pulling absolutely everything out of the toy storage. At least it keeps her occupied for a long time while she's doing it. She has also been trying her hardest to rock herself on her new rocking giraffe, thought it mostly just looks like she's head banging to some rock music. 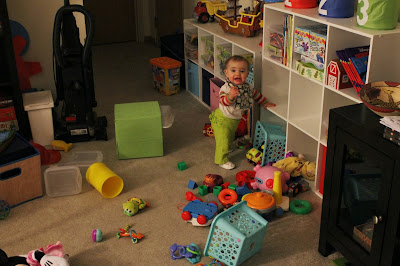 New foods this month: I can't even keep track at this point! She eats just about everything we eat (save for the obvious baby no no's) and feeds herself so well. We've started giving her baby size utensils to play with and while she's not exactly graceful with them, she understands what they're for.

Clothing: On her way out of 6 months and starting to fill in 9 months. 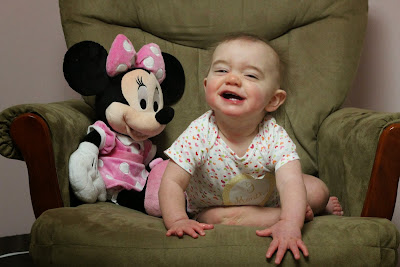 Sleep: Mostly sleeping through the night, but wakes up once in a while. I think she's been going through a growth spurt on top of the teething, so night time is a crap shoot.

New Tricks: Pulling to stand on just about everything and trying to take a few steps while holding on.

Firsts This Month: Time in the snow, Christmas 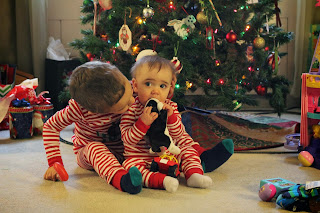 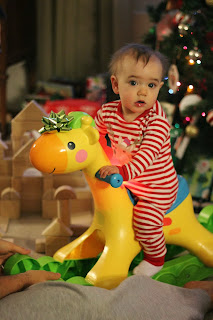 Over the past month, I've really started to see her personality come out. She is social, flirty, feisty, and quite the trouble maker. She's starting to understand the word "no," but cares very little. She is curious about every strange noise, new person, new place, or new thing. She still loves to be worn and cuddled even though she's getting bigger - and I love it.

It blows my mind that in three short months she will be turning one. I thought time went fast with Charlie, but that was nothing compared to how fast this first year has been going. When she wants to be cuddled a random times during the day its like she knows time is flying and we want her to be little for as long as we can. <3 p="">