Apparently, I take the summers off.

While it was completely unintentional, apparently I take the summers off from blogging. Whoops. It has been a whirlwind of a summer and blogging has been on the back burner. Hopefully, as things wind down I'll be able to jump back into things!

We've spent a lot of time at the local theme park, which C absolutely loves. 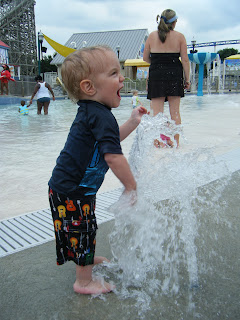 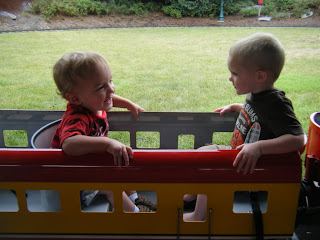 C has also moved over to a twin bed from his toddler bed. We had the opportunity to move him to another room in the apartment so we took it. Now he has a big boy room! I'll post pictures as soon as its all done. :) 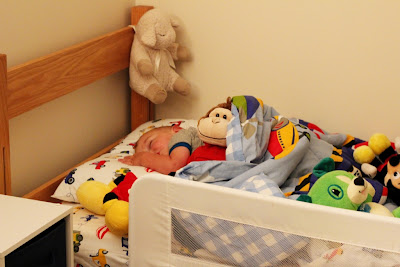 And in general, my boys are as silly as ever. 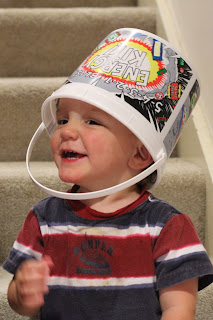 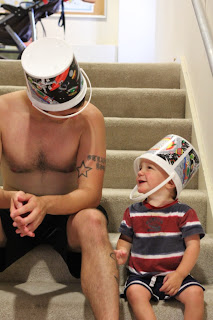 J's job search wasn't as successful as we'd hoped, but we didn't expect much considering the job market for young teachers in our area. He'll be going back to where he worked last school year as a classroom aid/co-teacher and while its not his ideal, a job is a job. In the meantime, he's enjoying his last two weeks of summer vacation before he goes back to the grind.

C has been learning a ton of new skills including walking up the stairs standing up, climbing, running, and a ton of new words and signs. He's becoming so self sufficient, it breaks my Mommy heart! He has been ridiculously healthy (knock on wood!!) since getting his tubes, which has been music to our ears. He's loving his new daycare and has been going twice a week throughout the summer for some kid social time. C has also developed a healthy obsession with Mickey Mouse, loves his new Matchbox cars, and uses just about anything as a pretend guitar when music plays.

Other than that, its the same old! I'm happy to be back to posting and hope I have time to do so more often!