This afternoon, we are attending the 2nd birthday party of a friend's son, so I thought I would dedicate this week's Pinterest challenge to him. There are tons of amazing crafts for kids floating around and not only are they easy, but they are so. darn. cute! Since Ben and his family travel a lot to visit family, I decided to make him an on the go coloring tote. It'll probably be a little bit before he can just hang out with it in the back seat, but in time I hope it eases their travels. 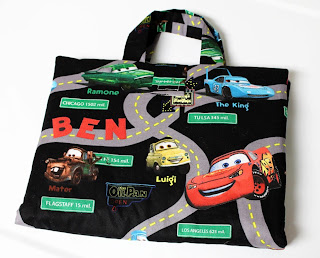 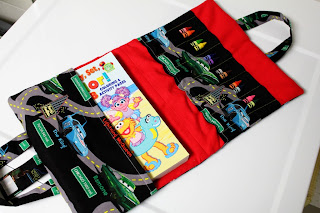 I didn't have a pattern for this project, so I just measured the coloring book and went from there. After some trial and error and lots of measuring, it started to come together. I used batting between the inner and outer layers to give it a bit of oomph and strength..

Somehow, when I was cutting the fabric, I cut off every single darn picture of Lightning McQueen! I have no idea how I did it. You can't have Cars without Lightning McQueen, so I took another Cars fabric I had and cut out a McQueen and put him on the front with iron on adhesive. If anyone asks, OF COURSE I meant to do that.

Right now, there are just crayons in it, but I left room for more big kid supplies when the time comes. The black fabric that the crayons are laying on is not only to hide crayon marks (when removing and replacing the crayons), but is actually another set of pockets for taller items like markers or colored pencils. 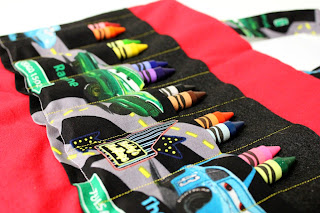 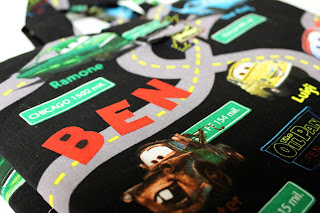 I'd say week #3 was a success. I can't wait to experiment with this idea a bit more. I have another idea for this concept, but I'll share more on that later. ;-D

For now, its off to the party!


Want to participate in the 52 Weeks of Pinterest challenge? Head over to Dutch Being Me and link up!